It’s not very often that we can share a place or experience with a historic figure from the past. There is an inexplicable feeling that wakes inside us when we get to touch what they touched, or walked where they walked. It’s almost like being transported back to a time when the world was just beginning to be inhabited, built, discovered, or drawn. We tend to forget that at some point, maps consisted only of Europe; but as continents and places were gradually discovered, they found their own place on the map. We owe it to the true adventurers, scientists, astronomers, geologists, writers – the list goes on – throughout history to see and understand the world as we do nowadays. One of those key figures was undoubtedly Charles Darwin. On September 15th – the same day of his arrival to the Galapagos – we took it upon ourselves to celebrate the date. Read on to learn more about Darwin’s commemoration aboard Yacht Isabela II. 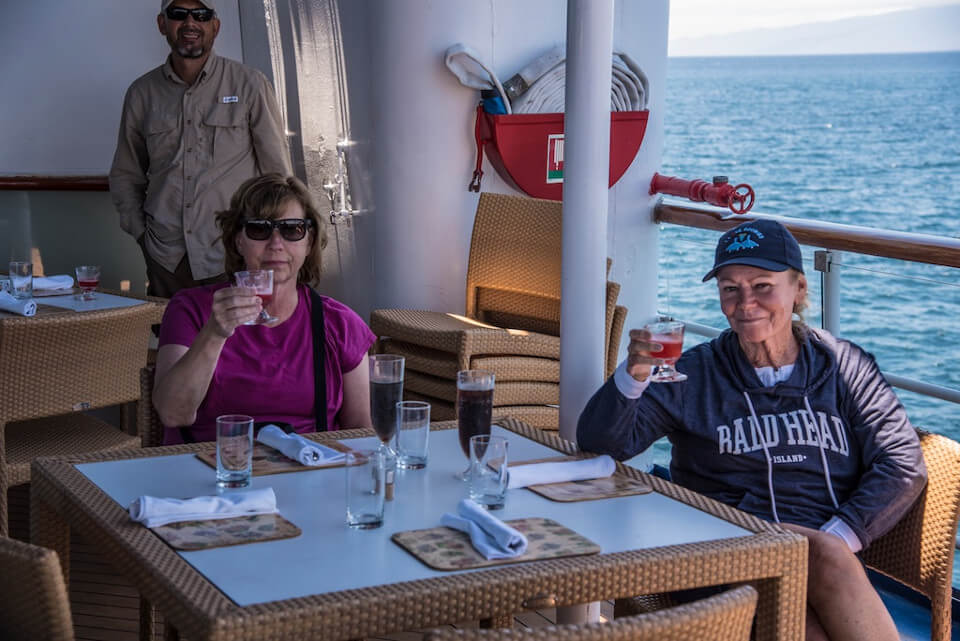 Darwin’s time aboard the HMS Beagle was not an easy one, especially when he found out that he was not built for long journeys at sea. But despite the constant sea-sickness and a few quarrels he had with the Beagle’s Captain (that were quickly resolved), Charles Darwin made the most of his 5-year long journey. His time in Galapagos would help him set many stories straight, as there was little to no information about the mysterious archipelago about which only whalers and pirates had previously talked about. 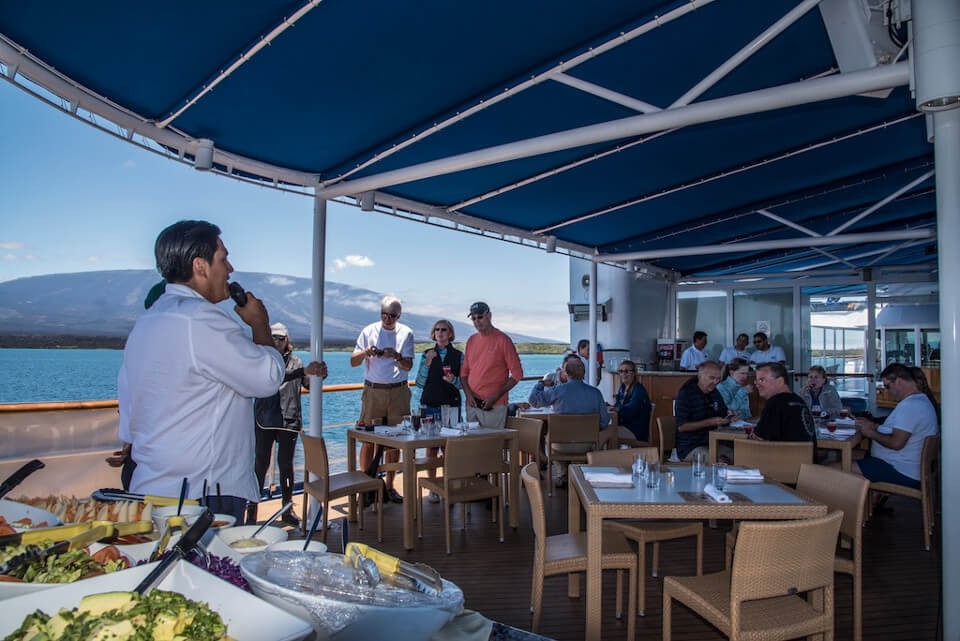 Lunch al fresco to celebrate Darwin’s arrival to the Galapagos

His journey across the archipelago didn’t last more than a month, but Charles Darwin was a thorough observer and the descriptions of everything he encountered on the Galapagos Islands went right into his journal. The detailed explanations about the flora and fauna that he encountered, along with the islands’ particular geology, were key in the development of his theory of evolution, many years later. 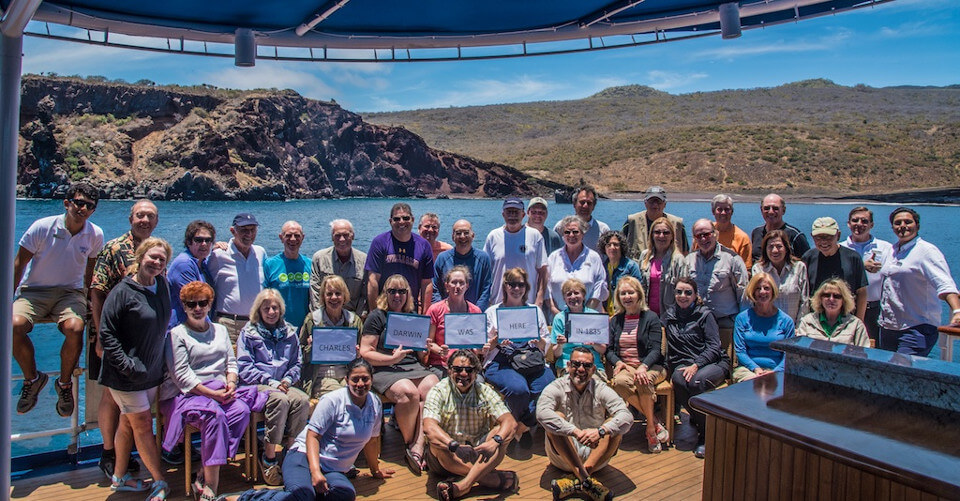 After careful planning, and by tracing young Charles Darwin’s footsteps through his journal, we realized that the Isabela II would be stopping a couple of times on the exact same islands, on the exact same date, that the famous scientist stepped on 182 years ago. But before that, we had to celebrate the day of Darwin’s arrival to the Galapagos, one 15 of September back in 1835. We surprised our guests and treated them to special drinks, lunch on our outer deck, and cake. 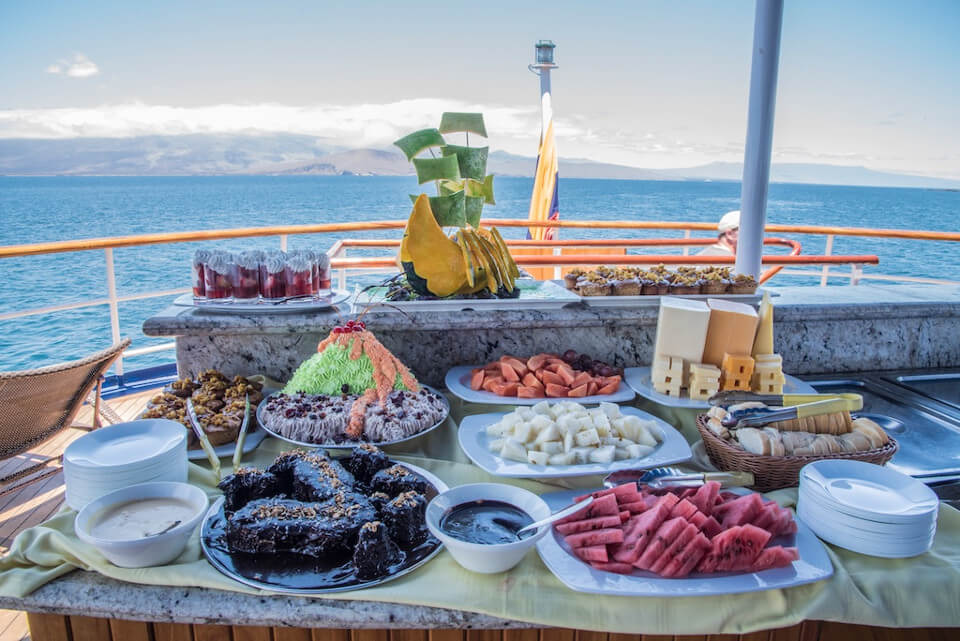 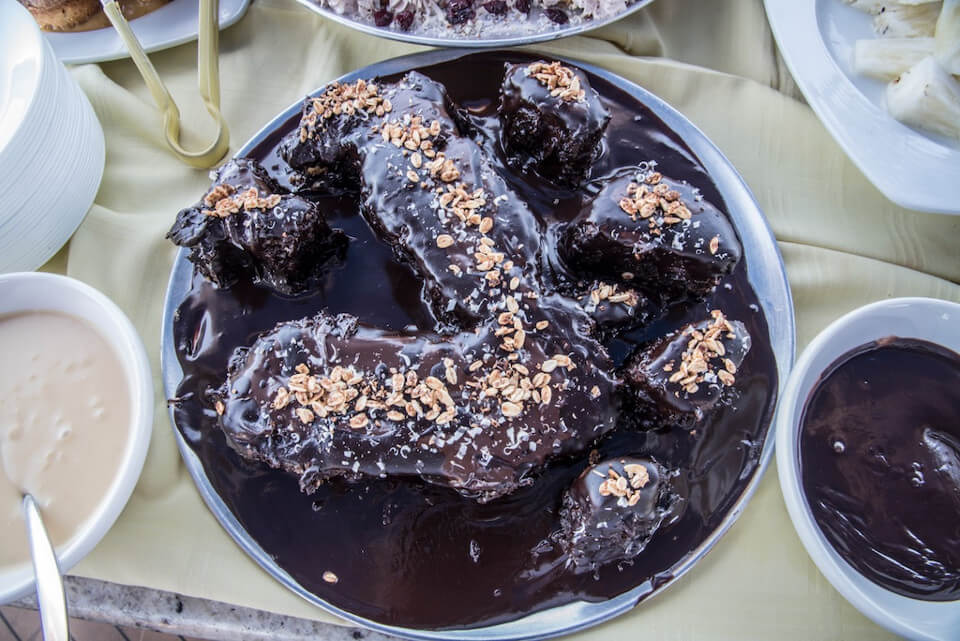 We also took the opportunity in our Galapagos tours to give out a special talk during which we introduced Charles Darwin the scientist, and talked about the journal he kept during his time aboard the Beagle, which is where he also kept his Galapagos notes. 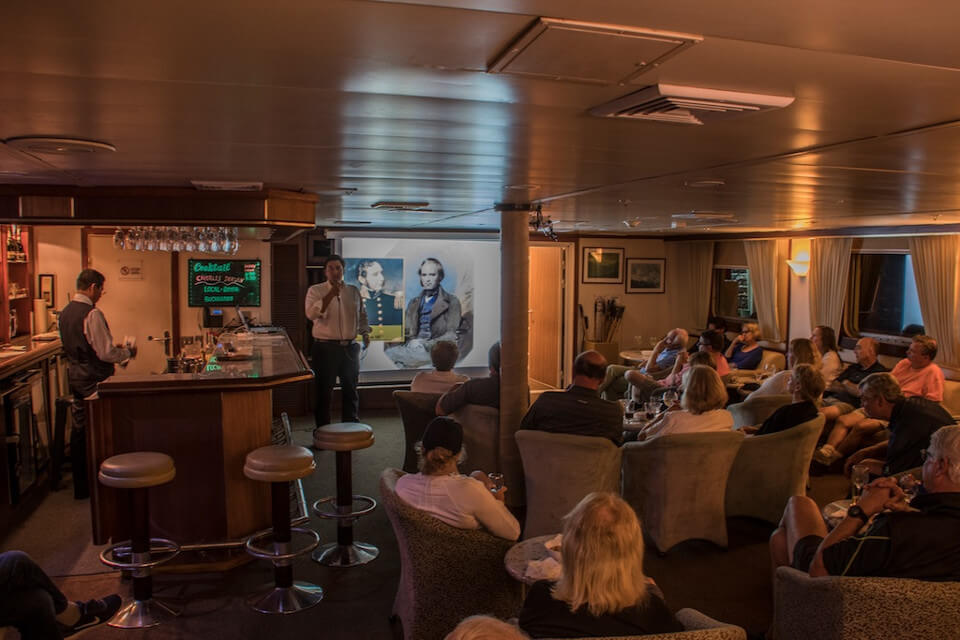