Galapagos and the City of a Thousand Plankton

There are two main kinds of plankton in the Galapagos: those who photosynthesize and those who don’t. The former are known as phytoplankton, while the latter is named zooplankton; and it is these incredibly small organisms that are the avid workers and makers behind all the scenes that one will witness in the Galapagos. Big things and gorgeous species all have their small beginnings, and plankton often finds itself holding a highly tiny yet hugely important role when it comes to life throughout the islands. Come along with us in this blog that briefly examines the life, function, and interaction of plankton in the Galapagos – one of the most powerful indicators of the wellbeing of the ocean!

Pretty much any organism that finds itself adrift in the ocean (particularly along with the middle and upper levels, so-called the pelagic zones) are regarded as plankton. The name itself actually comes from the word in Greek which means “wanderer” or “drifter.” They are the first layer of the oceanic food chain underwater and, as mentioned earlier, there are two main types:

The energy producer. Small unicellular organisms that convert light into food, these are the creators of the air we breathe (approximately 50-70% of the oxygen comes from these little guys in the ocean, not forests and jungles on land!). As a result, they are packed with energy. 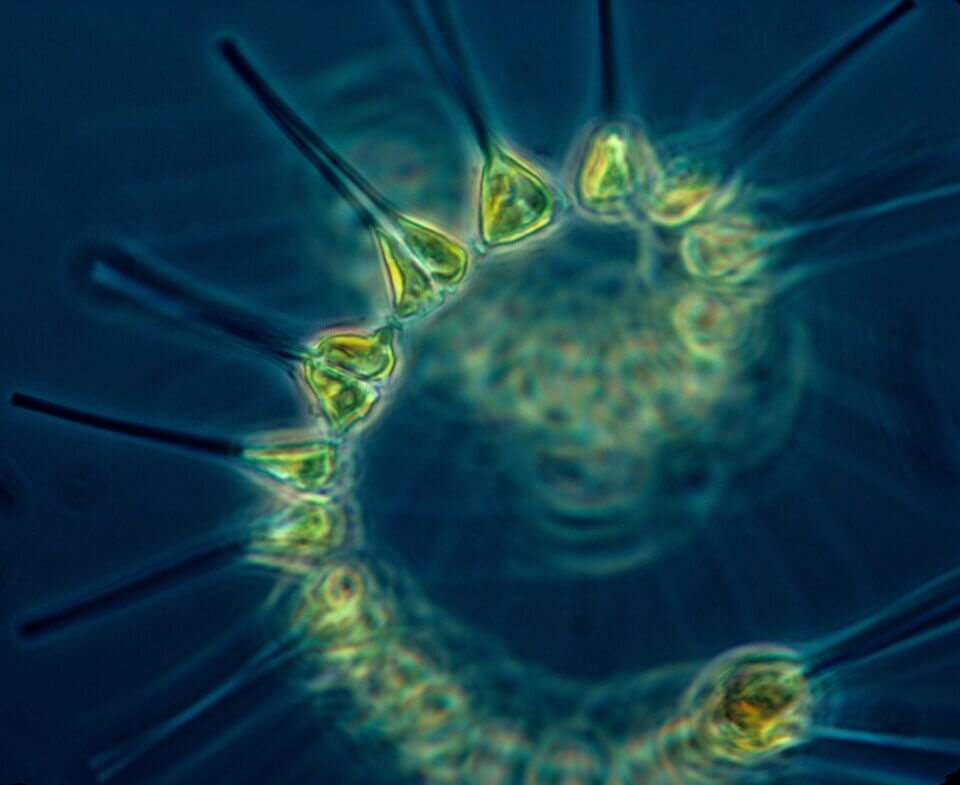 These are what’s more along the lines of what many recognize as krill (tiny microscopic shrimp), zooplankton tends to consist of small protozoa and crustaceans. interesting to note is these float downwards at night, and float back up during the day to feed on the phytoplankton that remains up top. This is considered by some scientists to be the largest daily migration in the world.

Combined, these two types of plankton form one of the most diverse “neighborhoods” of organisms in the water (and possibly our planet).

Fun fact: Fish start off as larvae that closely resemble and drift with plankton for a while. Crustaceans produce billions of eggs that turn into larvae, which temporarily form a part of this group of organisms until they reach maturity. Jellyfish are also considered a part of the plankton group to their living in the pelagic zone and drifting.

The transfer of energy along the underwater food chain is much more efficient than its corresponding system on land. Whereas organisms on land tend to lose 50-99% of the energy of each organism they consume, underwater creatures make more efficient use of energy as they ingest one another with minimal loss in energy from organism to organism. Big fish sometimes even circumvent these minimal losses by heading straight for the plankton. Huge animals like whale sharks and humpback whales get almost all of their energy by going straight for the key source of energy for all underwater organisms.

On land, on the other hand, the chain stops at carnivores. Carnivores simply don’t eat carnivores because it’s not energy efficient. As humans, we eat plant-eating animals to get the most energy from our meat. Eating a meat-eating animal (wolf, tiger, lion, etc.) would not render as much energy for our bodies. So it’s best to think of plankton as being the superfood of the underwater world, much like kale or quinoa is in ours.

Plankton in the Galapagos: The Perfect Place & Destination (not just for plankton, but for whales too!)

So dense and abundant is the nutritional power of plankton that it’s all that whales need to stock-up on in order to survive (without ever eating) for several months on end. What’s more, these several months of self-imposed “fasting” are almost always done while they nurse their calves in tropical regions (where there’s less predation), meaning the plankton they fill their bodies up with is actually enough to feed two for several months! 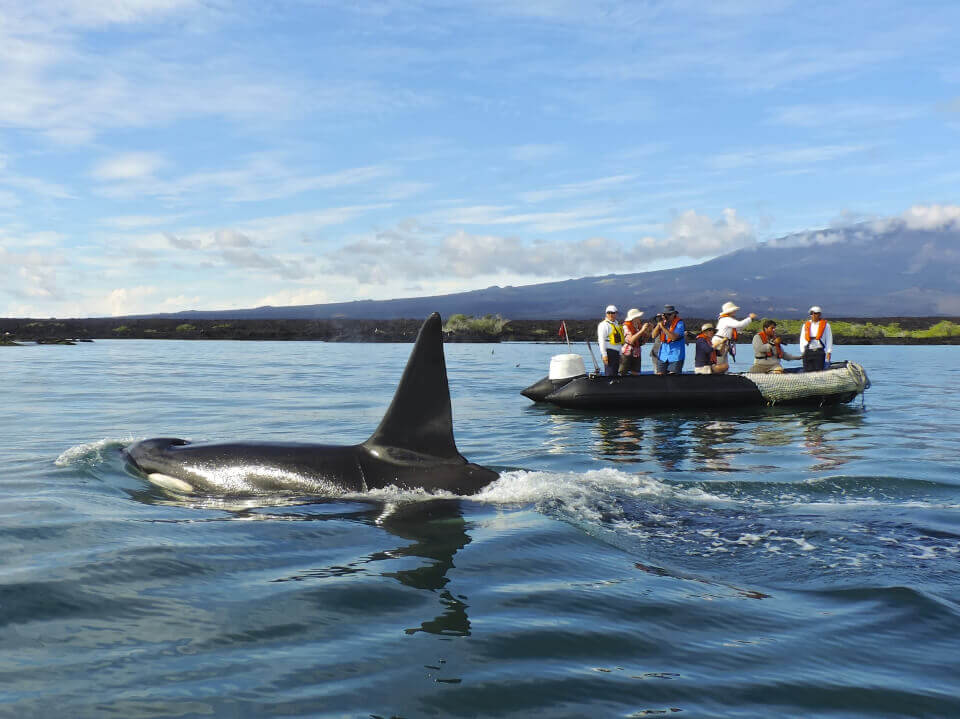 An Orca floating through Galapagos

And on a side note: temperature is another big factor that influences the presence of plankton. Warm water is poorer in plankton, while colder water is richer. Consequently, there is no such thing as a big fishing fleet in warm waters. In the Caribbean, for example, this scarcity of nutrients is often why fish is so expensive in those parts (less supply). Coldwater allows for a lot of life to be present.

And the best thing about Galapagos is that it’s in the tropics, but it is also a cornucopia of plankton due to its unique set of currents (Cromwell and Humboldt) that creates a lot of upwelling and allows for the continuous presence of colder water (but still warm enough that you can always swim in it, of course!). This is what makes it a year-round destination when it comes to seeing the amount of wildlife in the area, simply because there’s always plenty of nutrients and food available for all the creatures! Thanks in large part to the temperature of the water and the abundance of plankton!

Plankton is the source of all living things.

So, at the end of the day, we must be just as appreciative of the tiny organisms as we are about the big ones we get to see in the Galapagos! Even if we can’t necessarily see them and marvel at them the same way we would with a blue-footed booby or a playful sea lion, plankton is the fundamental component of all life in the water and, ultimately, ours too. So let’s make an effort to keep them safe and appreciate the fruits of their labor in the Galapagos in order to keep visiting this magical place!