Hot on the heels of our blog post from the other week regarding insular volcanoes, our always dynamic Earth managed to give us a show about ten days ago with a powerful, delightful, and impressive eruption on Fernandina Island (La Cumbre Volcano). Just like most Galapagos eruptions, this one lasted about a week. Our sister vessel, Yacht La Pinta, actually even got the chance to witness it in all its glory as it saw the complete eruptive process right from the start, managing to sail relatively close to where the lava itself was emerging. Ultimately, it offered guests and crew a beautiful window into a fireworks show unlike anything else in Galapagos, all of it courtesy of Earth’s mantle. 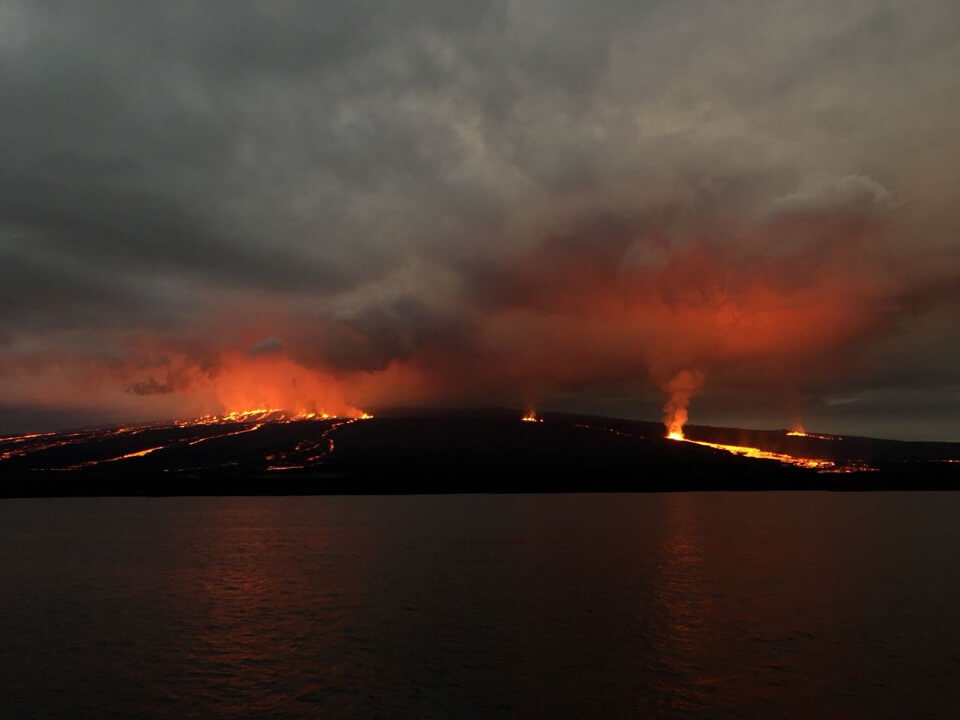 And while this eruptive process continued and then concluded within the timespan of about a week, it’s worth noting that over on the island right next door (Isabela), some increased seismic activity was reported at Sierra Negra Volcano. In fact, erratic volcanic activity has been reported at Sierra Negra for the past 3 months, having been monitored ever since a series of small tremors was registered. But it wasn’t until the past couple of weeks, that these have begun increasing in both strength and frequency.

It appears that the volcano’s magma chamber has been going through a period of intermittent “injections” of molten rock which, consequently, cause a morpho-geological phenomenon known as tumescence. In other words, the volcano’s inner parts have become swollen and enlarged in size, and as this incoming magma fills up all the empty nooks and crannies underneath, it then finds fractures and weak points which cause it releases its liquid rock and highly-pressurized contents. We call this an eruption or the start of an eruptive event. Depending on the amount of accumulated magma, the eruption can have either one or various eruptive vents. These are technically named fissures, depending on the shape of the shield-volcano crater, these can be either radial or circumferential (which is to say: they either radiate away from the rim or follow the contour of the rim). 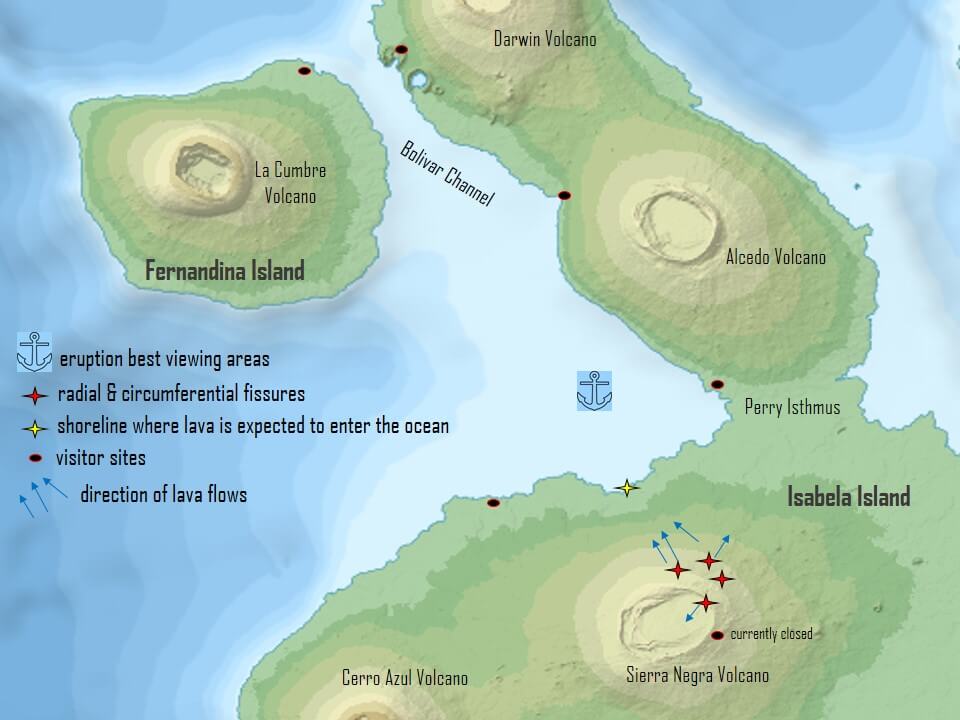 The Galapagos Archipelago is characterized by numerous contemporaneous volcanoes 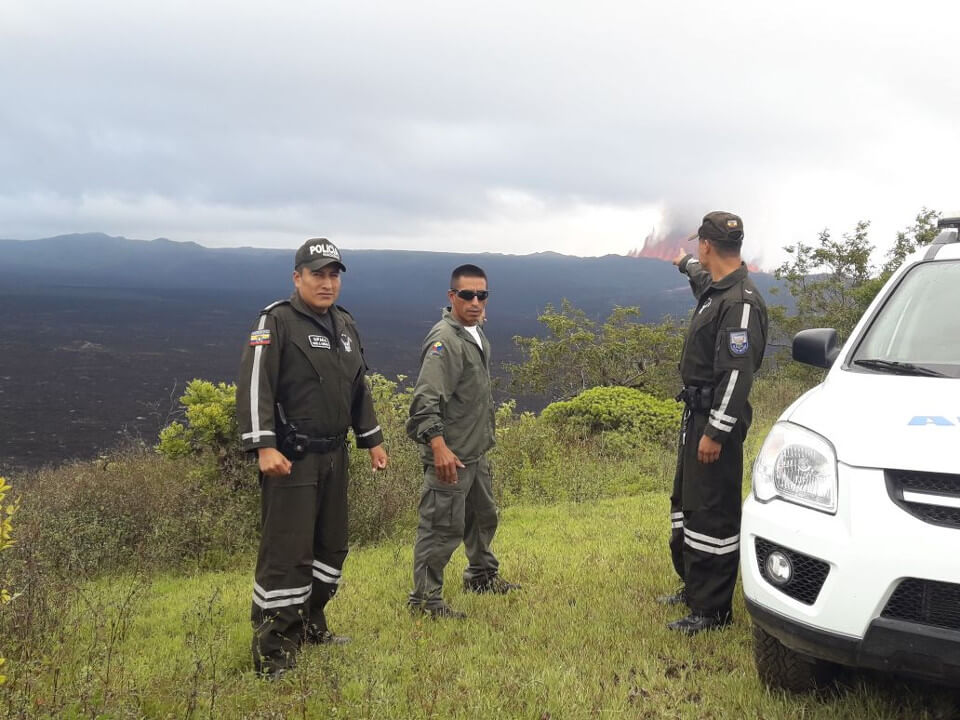 The eruption was supervised by Galapagos National park

This area also happens to be a visitor site, and explorers that choose to come here get the chance to walk along the rim of one of the world’s largest calderas. For safety reasons, the local authorities (the Galapagos National Park and Emergency Operations Committee) have agreed to close the site to any type of tourist activity. Lava flows from various vents have gone in different directions: some towards the caldera floor, while other vents have leeched out into the outer northern flanks which means the flows are headed towards the coast. Just like the Fernandina Island volcanic event mentioned at the beginning, lava flows are visible for tour vessels particularly if they are sailing along the southern section of the Bolivar Channel (between Isabela and Fernandina islands). Such a trip is available. Within the next 10 days or so, Yacht Isabela (along with the Santa Cruz II) will be right in this area during one of our amazing Galapagos tours. Yacht La Pinta will actually be in these waters this same week! We’re keeping our fingers crossed, hoping that our next round of guests will be able to witness this event. Without a doubt, it is a natural event that reveals to us all the stunning geological forces that our planet is made of. Here’s to this Galapagos volcanic eruption at Sierra Negra 2018!