Sometimes the biggest of things have ridiculously small beginnings. When it comes to giant tortoise eggs in Galapagos, that’s exactly the case. Giant tortoises in Galapagos are some of the biggest reptiles on Earth (so big that Charles Darwin himself rode atop them when he first arrived in the archipelago!) and yet they begin as small as eggs that are no bigger than your average tennis ball – a contrast in size that is often mind-boggling. This and much more is one of the many reasons we’ve decided to make the Galapagos giant tortoise a member of our BIG15 group of iconic species in Galapagos! Not to mention, it’s big news right now that Galapagos giant tortoises have just hatched on Pinzon Island in Galapagos for the first time in 100 years! In this blog, we invite you to learn about the behaviors involved in the creation and hatching of giant tortoise eggs. 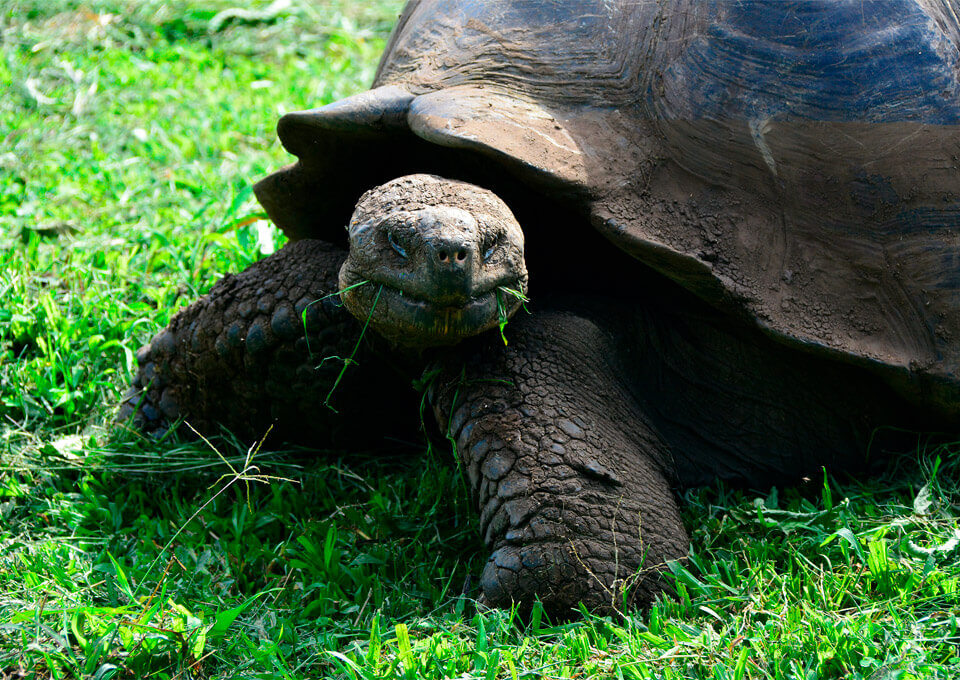 The giant tortoise is one of Galapagos iconic species

What are the giant tortoise breeding months?

Aboard Yacht Isabela II, we visit plenty of places where you can get close-up of these magnificent animals! 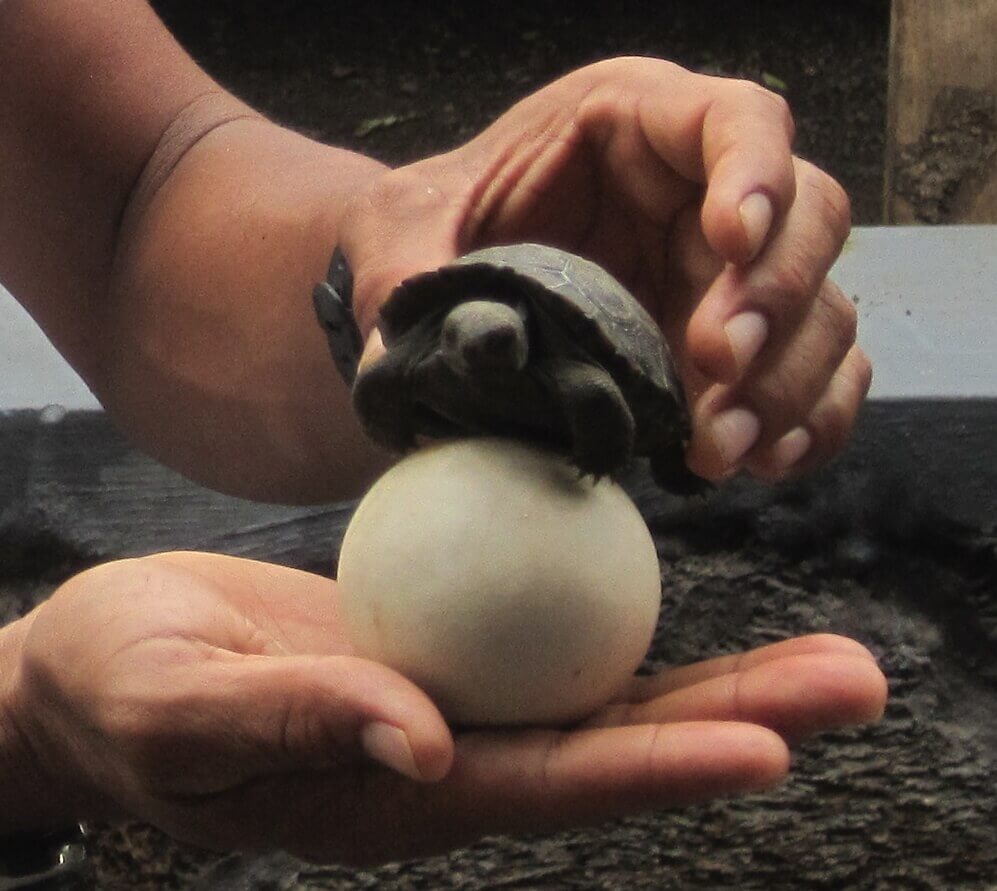 Upon arriving in the lowlands, the female Giant tortoise will begin surveying the land for a spot to lay her eggs in. Upon finding an area of land that seems safe enough, the giant tortoise eggs will be deposited, but not before the female spends the better part of a day (sometimes even multiple days) using her strong back legs to create a hole that’s large enough (30 cm/1 ft deep) to hold and incubate her eggs. After laying the eggs, the female giant tortoise will use her legs and own urine to create mud that she will then use to seal and plug the hole that contains some 2-16 eggs. Upon sealing the hole, the mother giant tortoise will leave the site, most likely never to see her offspring again.

It will take anywhere between 4-8 months for the baby giant tortoises to develop inside of their eggs, and will typically begin to hatch anywhere between this time of the year and April. After hatching underground, it will take them up to a month to dig themselves out of their hole in order to reach the surface of the Earth. The hatchling will typically weigh no more than 80 g/2.8 oz and be no more than 6 cm/2.4 inches in length.  The Galapagos giant tortoise baby will grow up to weigh 225 kg/500 lb later on in their adult lives – a whopping thousandfold increase in both weight and size for these tiny little babies. 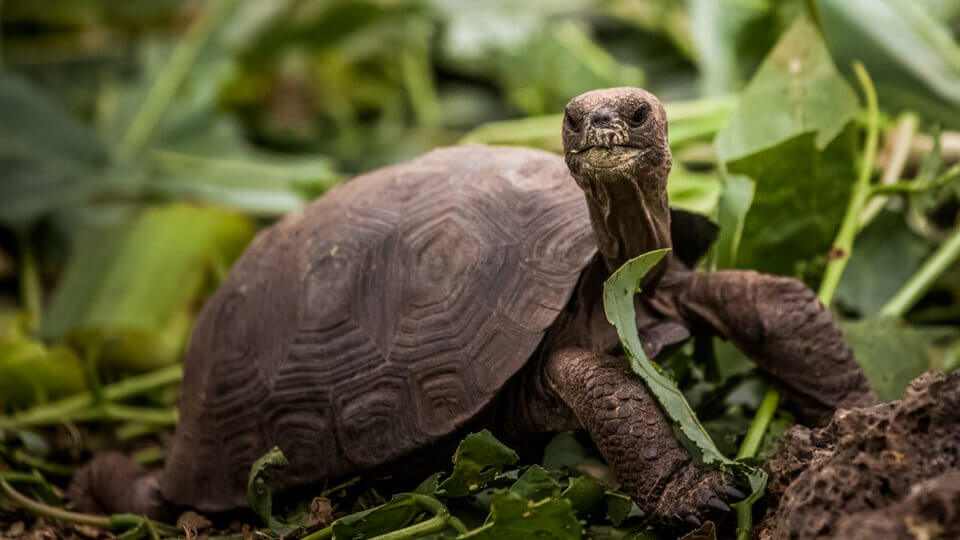 Galapagos giant tortoises hatch underground and dig up their way out.

The sex of the babies is highly contingent on the weather, as warmer temperatures will produce more females while colder temperatures will lead to more males emerging. We humans won’t actually be able to distinguish the sex of giant tortoises until 15 years after they’ve been born.

Looking to partake in the magic of seeing these tiny (yet soon-to-be-enormous creatures)? The Charles Darwin Research Centre on Santa Cruz Island and the Cerro Colorado Tortoise Breeding Centre on San Cristobal Island are perfect places to observe the numerous hatchlings that each place occasionally hosts. Yacht Isabela II visits both of these sites, and much, much more! So what are you waiting for? Contact us and book your Galapagos excursion today to experience the magic and wonder that’s found in witnessing these colossal creatures lumber around in their tiniest form before seeing the mature adults!