Humpback Whales in the Galapagos: Singers of the Seas

In the Galapagos they aren’t an uncommon occurrence. In fact, the Galapagos and the Ecuadorian coasts are known as an amazing hotspot for whale watching during their tropical migration. This happens mainly during the dry season when sea currents are colder and filled with plankton and little fish – the humpback food of preference. During this period, these beautiful and easily recognizable whales can be observed throughout the archipelago. Just be sure to keep your eyes peeled at all times when you’re out at sea. Many of our guests have seen Galapagos whales while on Yacht Isabela II.

Talk to a Destination Expert to ensure you can see them too!

More About These Docile Giants

The humpback whale, or Megaptera novaeangliae, is one of the largest members of its species. It ranges from 12 to 19 metres in length (39 – 62 feet) and weighs from 30 to 40 tons. Its pectoral fins expand to 2.5 meters (8.2 ft), hence the meaning of its latin name: “large wings from New England.” It’s more popular name comes from its acrobatic abilities and the arch that is formed by their backs when they breach and dive back into the water. But acrobatics is not the only ability that these magnificent animals are known for. They are also famous for their singing talents and are known for their “humpback song.” The purpose of their songs is still uncertain, as they have been heard singing both at breeding and feeding areas. Some believe that each song has a different purpose, but this is still being investigated by researchers. 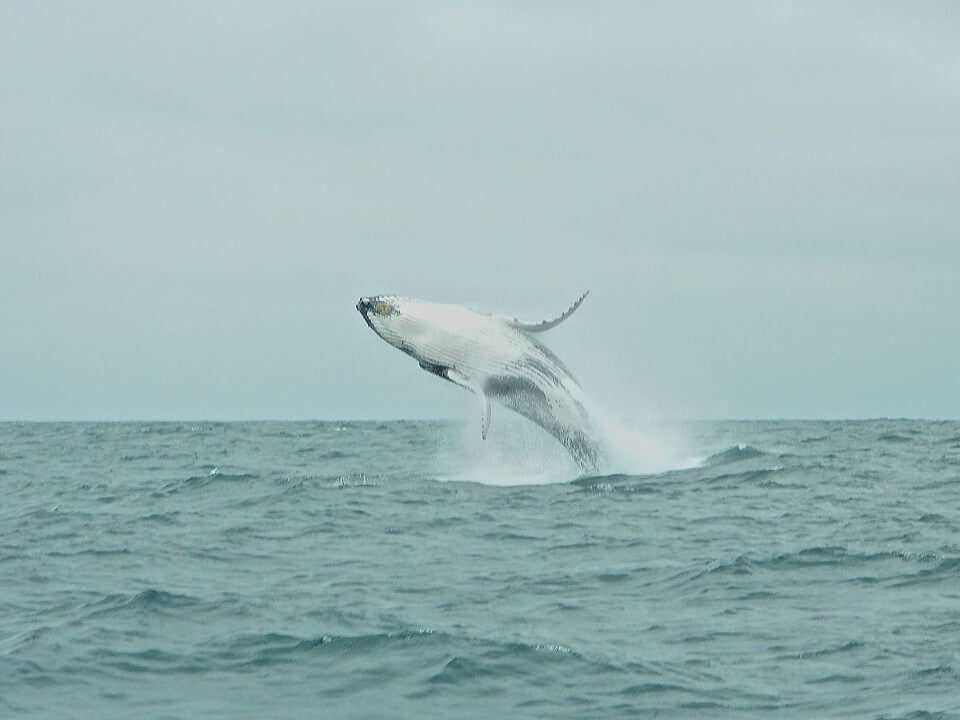 Their feeding technique is a lesson in team work. A male or female will dive deep, right under a school of small fish, and then swim beneath them in a circle while blowing bubbles. The bubbles create a cage-like structure that traps the small fish inside. The other whales of the group will then dive down as well and swim back up into the “bubble cage” with their mouths open, making it possible to eat as much as they can in just one mouthful.

Why Do They Come to the Galapagos Archipelago and Ecuadorian Coasts?

Two different populations of humpback whales migrate every year from the northern and southern hemisphere, but the two populations never cross paths. The southern population is the one that stops in Ecuador to mate and breed during the Galapagos dry season (which, on the equator, offers colder ocean currents filled with nutrients and food). The tropical waters are a safe haven for mother humpback whales to give birth and nurse their calves for up to one year without having to worry about predators. 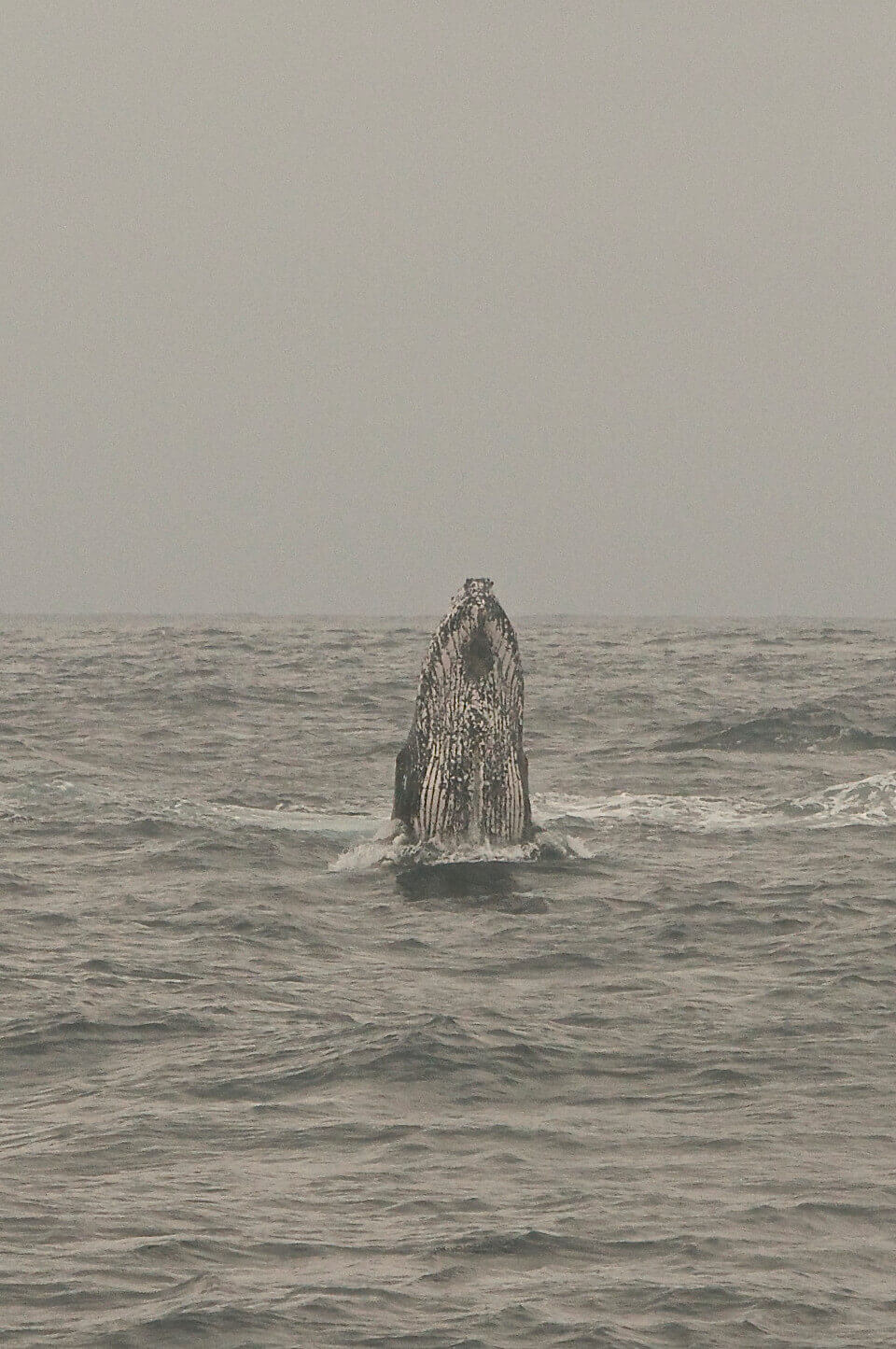 When Can I See Humpback Whales in the Galapagos?

If you are thinking about summer vacations and would like to have an out-of-this-world experience, a Galapagos trip is most definitely the answer. Be sure to take into account the 3 main tips for choosing a Galapagos cruise and consider the following: wildlife roaming freely all year long, tropical weather, exotic settings, delicious food and Ecuadorian hospitality. But if whale watching is something you specifically want to see, the only time to do so is from June to September. To have more chances to see them, the best way to go at it is on a Galapagos ship. Since you will be covering stretches of open sea while traveling from one island to the other, you will definitely have a greater chance of spotting these beautiful whales as they come up for air and food. If you are lucky enough you might even see them breach in all their glory!