KNOW YOUR TORTOISES – where else in the world can you find giant tortoises? 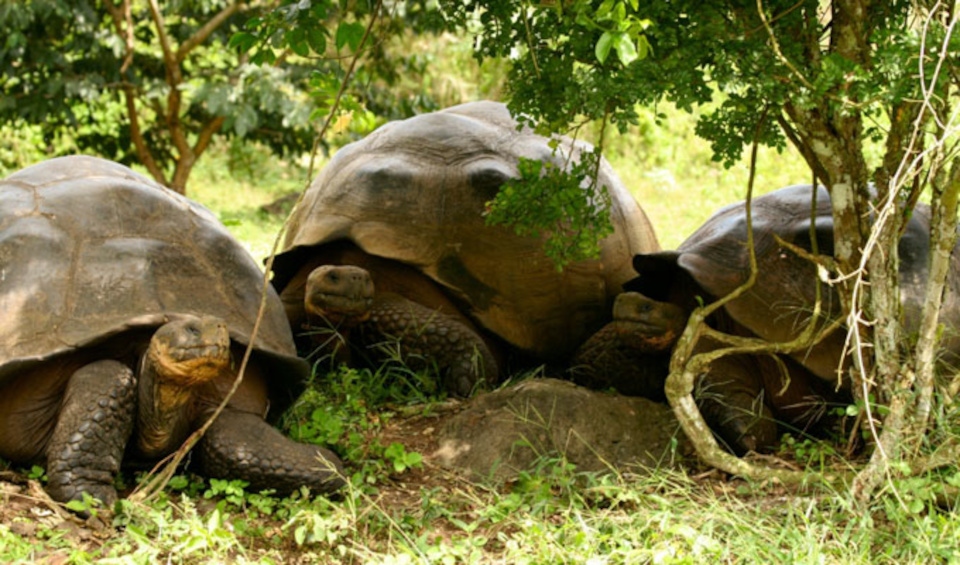 The Galapagos Islands of Ecuador hold the largest collection of species of giant tortoises, but these remarkable chelonians are found in just one more place on Earth… 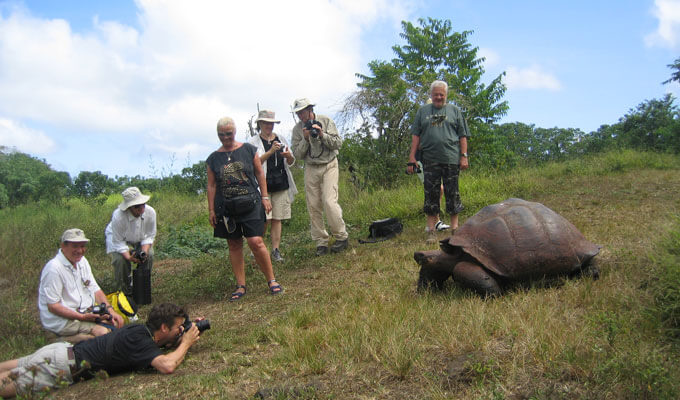 Galapagos giant tortoise is an icon of the islands

Herpetologists are scientists who specialize in reptiles, and nothing has puzzled them more than the evolution of giant tortoises. Fossil records show that giant tortoises back in time existed in many places on Earth, except Australia and Antarctica. They vanished from the surface of the Earth, but evolved as giants again in two places of our planet. Thus, the term relic species is widely used when referring to these giant chelonians.

Found in the Galapagos Islands and also somewhere in the Indian Ocean?

The Galapagos Islands are located about 1,000 Km off the coast of western South America in the Pacific Ocean, while another far out archipelago off the coast of eastern Africa (parallel to Tanzania and Kenya) and northeast of Madagascar is home to many islands and atolls. This is the Seychelles Archipelago. It was colonized much earlier than the Galapagos, and over the years it received direct human impact with the introduction of many species and the extinction of many native and endemic species. Many islands in the Seychelles had giant tortoises in the past, and now only one atoll still holds a natural population of tortoises: Aldabra Island.

Exploring the Galapagos Islands provides you with several options to see giant tortoises in the wild and also under semi-natural conditions. You can see them from their breeding and hatching season to their fully grown stage. The big difference is that, opposite from the Seychelles, in Galapagos you can still see giant tortoises in various islands of the archipelago, and also see the efforts for the protection of these equatorial chelonians. 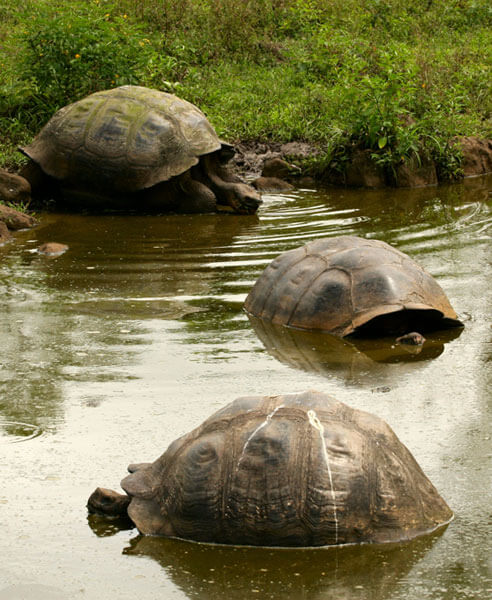 Are there any morphological differences in these tortoises?

If you just see the two types of tortoises in front of you most people will hardly tell obvious differences, but if you exert your power of observation, just like Charles Darwin did while on the voyage of the Beagle, then you will start noticing some interesting features. Perhaps the easiest difference to observe is in their shell (called, the carapace). Those large puzzle-like pieces are called scutes and they are dermal plates made of keratin just like our nails. These plates cover the bony structure of the shell which is made of fused ribs, vertebrae, and sternum. In other words, they carry a perfect armor with them.

Take a look at the frontal edge of the carapace and right behind the emerging neck of the tortoise, you will see that one shell has an extra piece (called, the nuchal plate). Aldabra tortoises show this extra plate, while Galapagos tortoises lack it. The pictures illustrate this better. The head of the Aldabra tortoise seems a bit more round too, while that of the Galapagos tortoise shows a more square shape. Those are just some of the most visible differences. 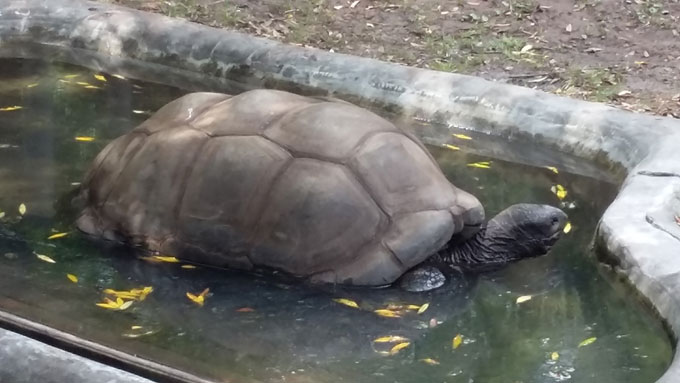 Many zoos in the world carry displays with giant tortoises, and although commonly Galapagos tortoises are eagerly showcased, there are more Aldabra tortoises found in captive environments. While these displays could spark the interest in exploring a particular destination, nothing is better than seeing a giant tortoise in its true natural habitat.

Don’t miss the amazing moments of the Galapagos iconic species!