Free at Sea: Hanging out with a Playful Sea Lion at Gardner Bay

Gardner Bay is situated on Española Island and is often heralded as one of Galapagos’ top islands to check out due to its overwhelming diversity of wildlife. Española also impresses visitors with its enigmatic coastline made up of dramatic cliffs and its peculiar “blowhole” geological phenomenon located at one end of the island. During the visit, guests are always treated to the otherworldly landscapes and an amazing number of the BIG15 group of iconic species in Galapagos.

On this day we were over at Gardner Bay during our itineraries aboard Yacht Isabela II, enjoying the white powder beach that extends itself across the coast. Sea lions are wildly abundant here, often snoozing under the Galapagos sun or just lounging out on the beach. Harems are the norm, and consequently there’s a lot of younger Galapagos sea lions playing around along this visitor site. That’s when our little highlight of the day occurred…

Playful sea lions on the beach

Snorkeling happens to be one of the activities that we offer here, meaning guests have a high chance of getting to swim with the numerous and playful sea lions that have made this place their home. Not only that, but the beautiful waters and their mesmerizing blues that surround the coast are what instantly draw guests into jumping into the ocean.

Live an unforgettable experience snorkeling along with the most iconic wildlife of the Galapagos Islands!

Once we got our snorkeling gear on and immersed ourselves inside the aquatic world below, it was fantastic: the water was nice (roughly 20 °C / 68 °F) and very calm, which allowed for excellent visibility. As we were swimming, however, a playful sea lion at Gardner Bay managed to sneak underwater and surprised us all when it shot up from the depths like a torpedo holding a Galapagos puffer (otherwise known as a concave puffer) in its mouth. This type of a fish is a reef species that is often encountered along rock-sand areas underwater, often burrowing under the sand at night. 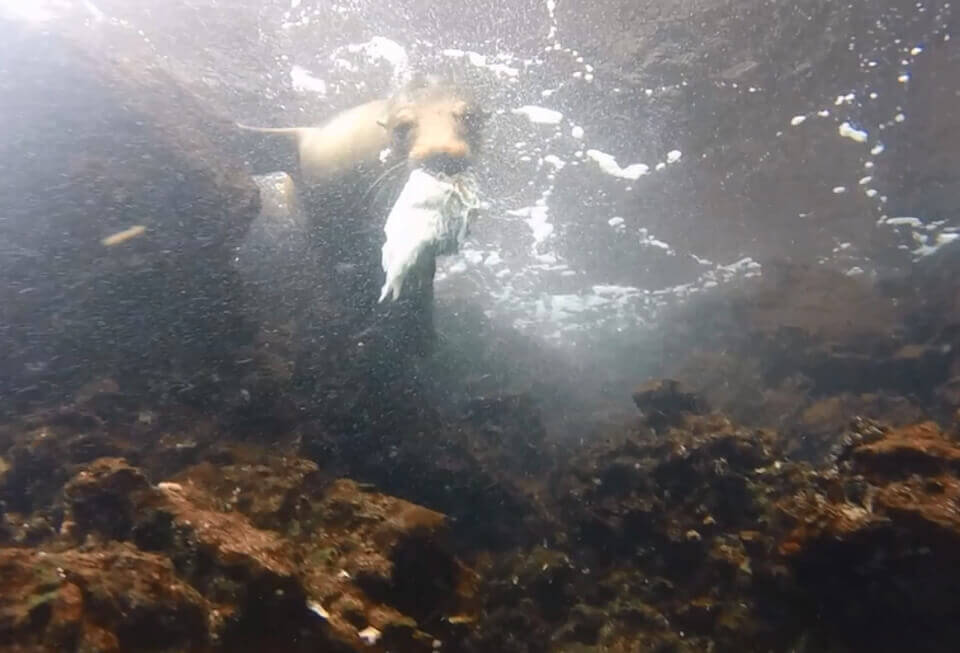 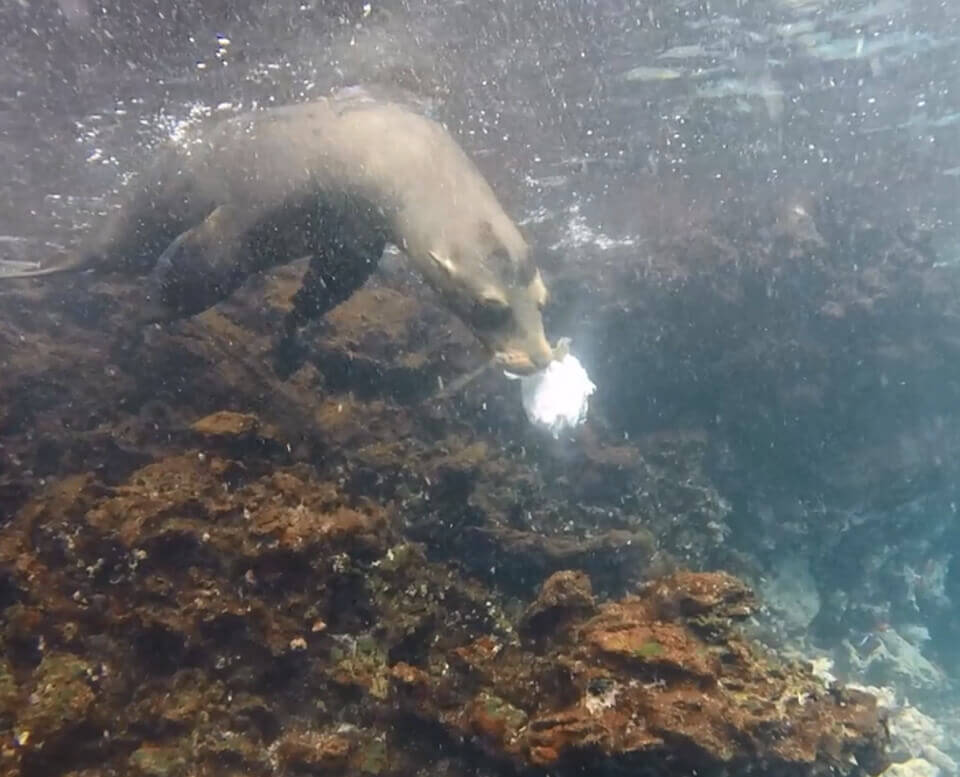 This playful sea lion at Gardner Bay was carrying it inside its mouth (already dead, it seemed) and shooting up to the surface only to let it drop back down, torpedoing towards the seafloor to catch it with its mouth before it hit the bottom. After a while of fooling around with the Galapagos puffer, the sea lion managed to pull it up on the rocky shore but a wave came in and swept it away from the amusing creature. It seemed that once this happened the sea lion simply lost interest, but it must have been toying with the inanimate Galapagos puffer for more than 15 minutes!

This is just another example of why guests are often told to expect the (beautifully) unexpected in the Galapagos! For this is where nature and wildlife roams at its freest and its most fearless despite being in the presence of humans. For many, it almost seems like these untouched creatures put on a show for guests. At the end of the day, it’s what makes gives this place its magic, for here in the Galapagos guests will always find nature in its purest form, and we are privy to that.