Where Can I Find Purple-footed Boobies in Galapagos?

A modern definition of “mixing” species reads as: the process of combining different varieties of organisms. This is also known as the production of hybrids, and the correct biological term is hybridization (you can also spell it as hybridisation). Nature provides us with some interesting examples of hybrids, most of them artificially created by man.

A hybrid is the result of mixing two extremely similar species (systematically belonging to the same genus). This means fantasy animals like a jackalope don’t exist because it is rather unlikey that a jackrabbit will mix with an antelope. Other similar fantasies include wolpertingers, and even in ancient Egypt it was common to have drawings that depicted human-like animals like the Horus or Seth. Successful hybrid examples are mules, savannah cats, camas, zebroids, and ligers, to name a few. So the million dollar question when it comes to Galapagos is: why aren’t there purple-footed boobies? 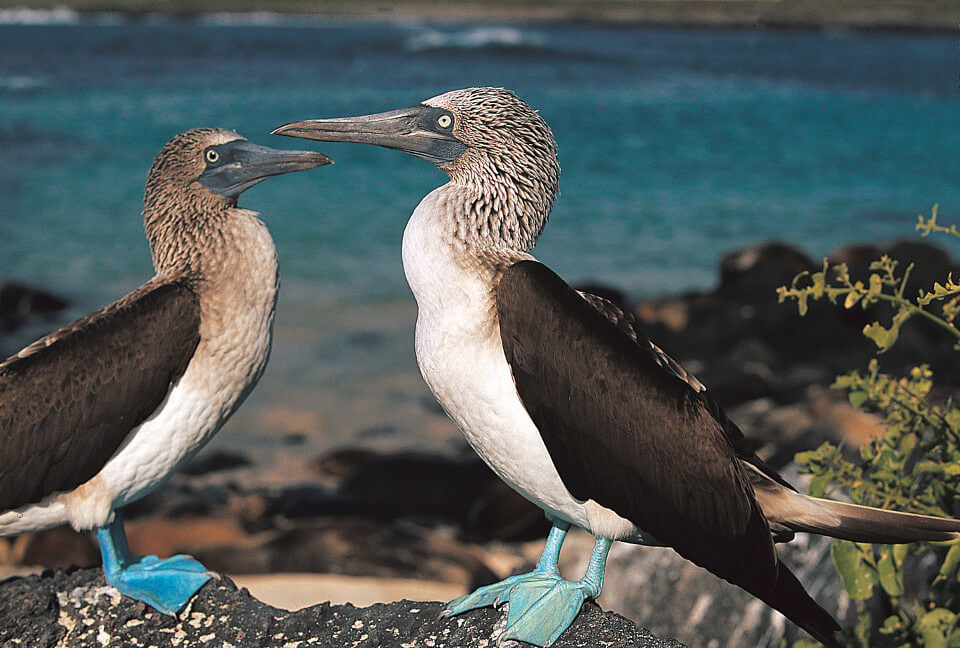 Blue footed boobies are an endemic species to the Galapagos islands

The genus Sula (seen primarily in the Sulidae family – boobies and gannets) is present in 3 different species of boobies in the Galapagos Islands. These are blue-footed boobies, red-footed boobies, and Nazca boobies. They can be spotted pretty much all over the archipelago, but nest in very exclusive locations. Places like Punta Pitt on San Cristóbal Island give explorers a chance to see all three species nesting in the same location.  An itinerary that comes to this location certainly offers the true privilege of seeing dramatic volcanic landscapes blending with all the booby species that thrive here.

Visitors clearly understand why a sea lion doesn’t mix with a fur seal (a type of sea lion), although both species are pinnipeds sharing the same islands. These two species prefer different habitats, are active at different times of the day, make very different sounds, are different in size, and there are plenty of other behavioral differences. However, it unavoidable to wonder about what would happen if blue-footed boobies ever attempted to mix with red-footed boobies (both of which happen to be part of the Big15 species). The question ultimately remains: Can nature produce purple-footed boobies?

Behavioral and Evolutionary Biologists have studied this idea extensively, and have coined several terms related to “mating barriers.” In other words, if pre-mating barriers are present and serve as isolating mechanisms, then there’s not even a chance that mating can occur. No wonder why albatrosses never bother courting a marine iguana. They’re just too different and too complicated to try and match. Other premating barriers include temporal isolation, where breeding times may not coincide; or ecological isolation, where nesting happens at different sites. There’s even behavioral isolation, which is when individuals meet but choose their own kind because they court differently. And this last one is actually the main reason for why nature doesn’t produce purple footed boobies.

The Paradox of Having Purple-footed Boobies

Although similar, blue-footed boobies nest on the ground while red-footed boobies nest on trees and bushes. During courtship, the blues parade extensively and skypoint with their wings open and beaks looking straight up, while the reds don’t parade and cannot spread their wings all that much due to lack of space. At the end of the day, it doesn’t matter how you court, as long as it works for your own species. This is why “Booby Land” cannot produce purple-footed boobies, and evidence of such “premating barriers” such as this can actually be witnessed throughout your Galapagos expedition. Choose an itinerary that stops at red and blue-footed booby nesting colonies for some truly unique, natural history lessons. Galapagos just doesn’t get any better than this.

If you are unsure on how to go about choosing the best Galapagos cruise option for you, read this article and make an informed decision! 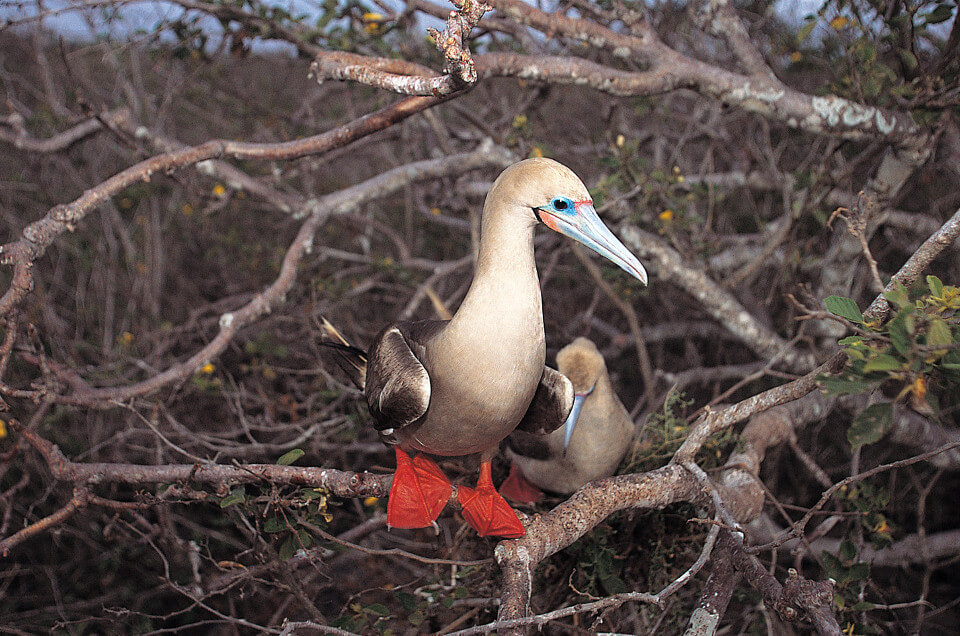 Red-footed boobies are the smallest of the Galapagos booby species.