The Galapagos are a place of wonder that will transform the idea you had of nature and wildlife thus far. It benefits from amazing weather most of the year and these magical islands often challenge feelings and expectations, bringing out the adventurer that many of us didn’t know we had inside. What’s more? The Galapagos opens guests up to the amazing world of pristine, natural life as it should be. The Isabela II, one of the most intimate and romantic expedition vessels in the archipelago, is not only known for its world-class service and gastronomy, but also for visiting some of the Galapagos’ best visitor sites, which makes for an unbelievable experience. On its Northern Islands Itinerary, the Isabela II visits the biggest island of the whole archipelago and one after which it is named. In this blog, we invite you to get acquainted with the three visitor sites that you will be experiencing throughout this itinerary. Heads up: you can expect to be amazed by the otherworldly landscapes and wildlife that inhabits it. To visit Isabela Island on the Isabela II is to pay homage to one of the Galapagos’ favorite islands for both locals and visitors!

Aside from having a beautiful enclave in which steep hills protect the shore from both waves and strong currents, Tagus Cove catches visitor’s attention for being something not quite nature-related. Over the course of time, it became a tradition at Tagus Cove for sailors and boats (that anchored right there in the cove) to scratch the names of their vessels on the surrounding rocks. The oldest graffiti, some of which date all the way back to the year 1836, began a tradition all the way up until it became forbidden by the Galapagos National Park to interfere with the protected areas in any way. In addition to this human-created treat, Tagus Cove has a trail that goes uphill until guests reach a viewpoint from which a slice of the beautiful scenery of colossal Isabela Island can be seen. There, you will find landscapes as pristine as they were millions of years ago. 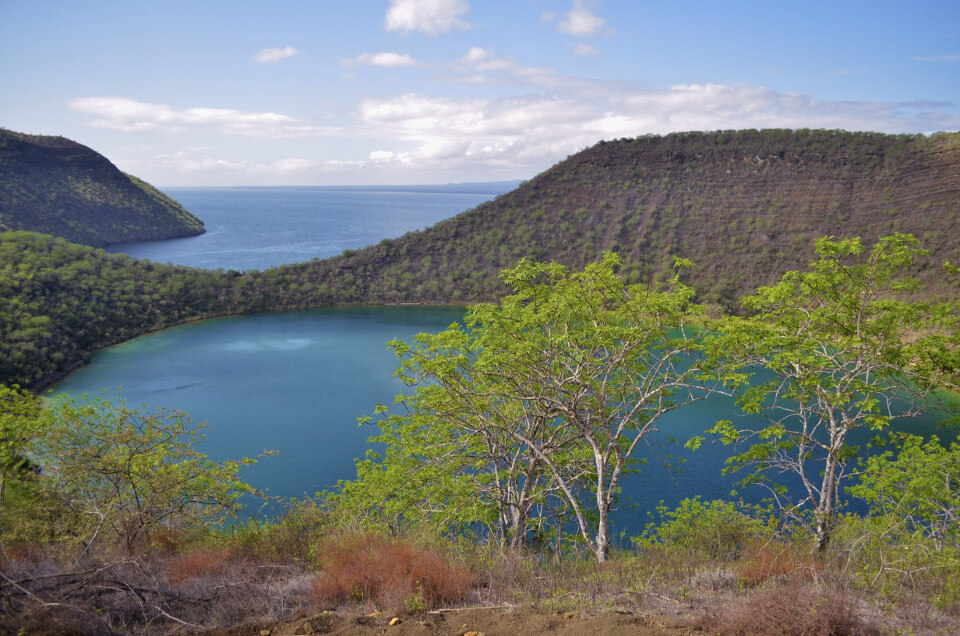 Urbina Bay, being the result of an uplifting that happened in the year 1954, added a little less than a mile to the western coast of Isabela Island. Over the course of time, terrestrial fauna adapted easily to the flat terrain and rounded boulders, which is why this visitor site is a fantastic place to spot the Galapagos land iguanas (an iconic Galapagos BIG15 species!). After a wet landing at the black-sand beach, head towards the trail (always making sure to avoid stepping on the protected areas of the beach, as it is a sea turtle nesting zone) and drop off your day packs before going for a nice swim in the calm waters and then, afterwards, walk along the trail that winds through the visitor site and marvel at the view of neighbouring Alcedo volcano as well as Sierra Negra and Cerro Azul a little further away. 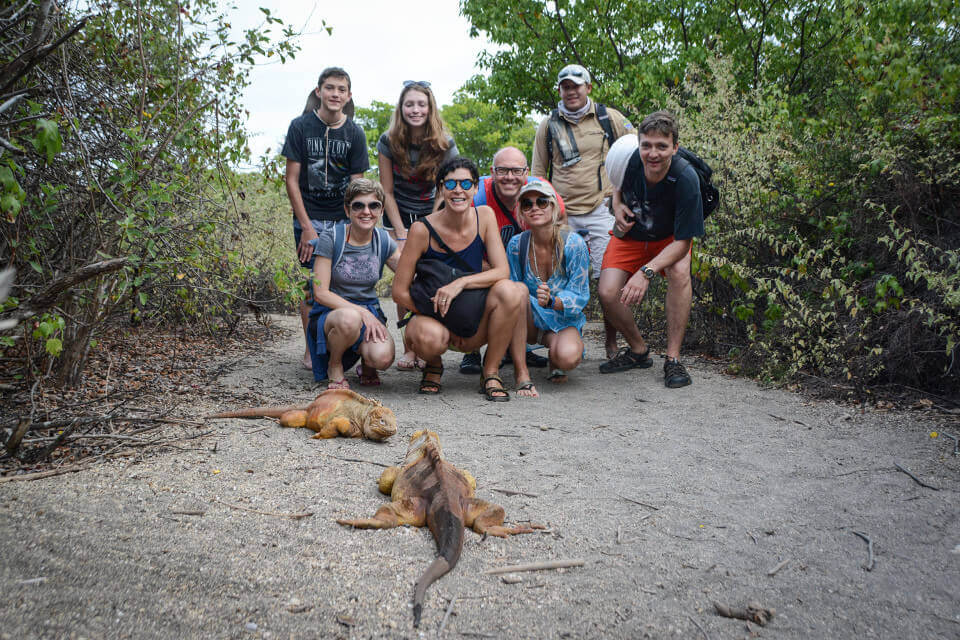 A land iguana posing for a group photo

If awaken to see a huge wall of lava rock outside your window on the Isabela II, then you will know you have arrived at Punta Vicente Roca. This amazing visitor site, which is located at the mouth of the sea horse-shaped Isabela, consists of a bay that’s protected by a huge cave – and steep walls, which are the remnant of a tuff volcano – that make for an impressive sight. Prepare your snorkelling gear provided by the Isabela II and get ready to swim in the water while surrounded by some of the most amazing marine life! Benefited by the rich, cool waters of the Cromwell current, this place is also sometimes colloquially known as “Sea Turtle City.” So hop in the water and discover it for yourself! 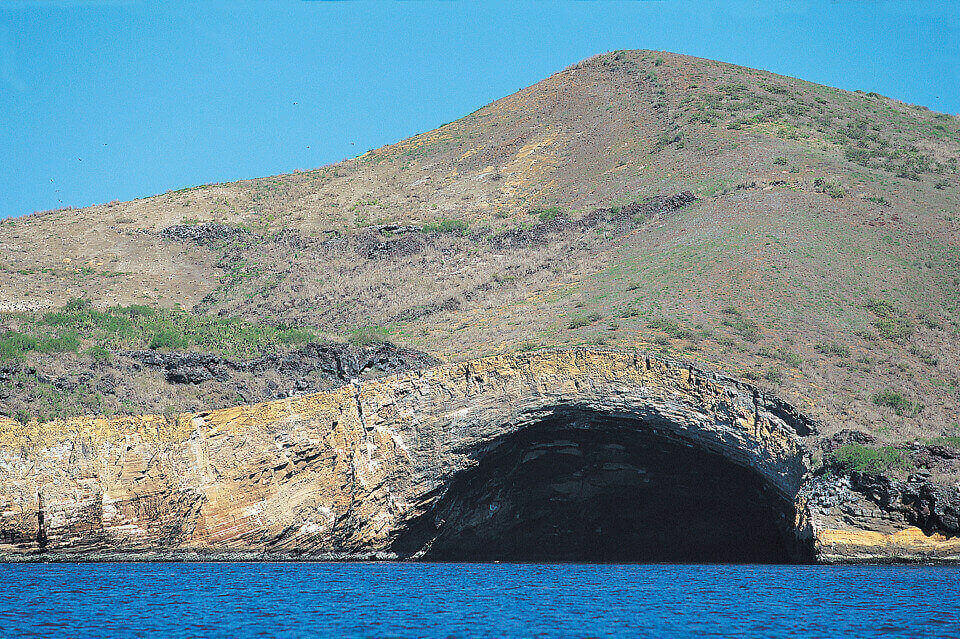