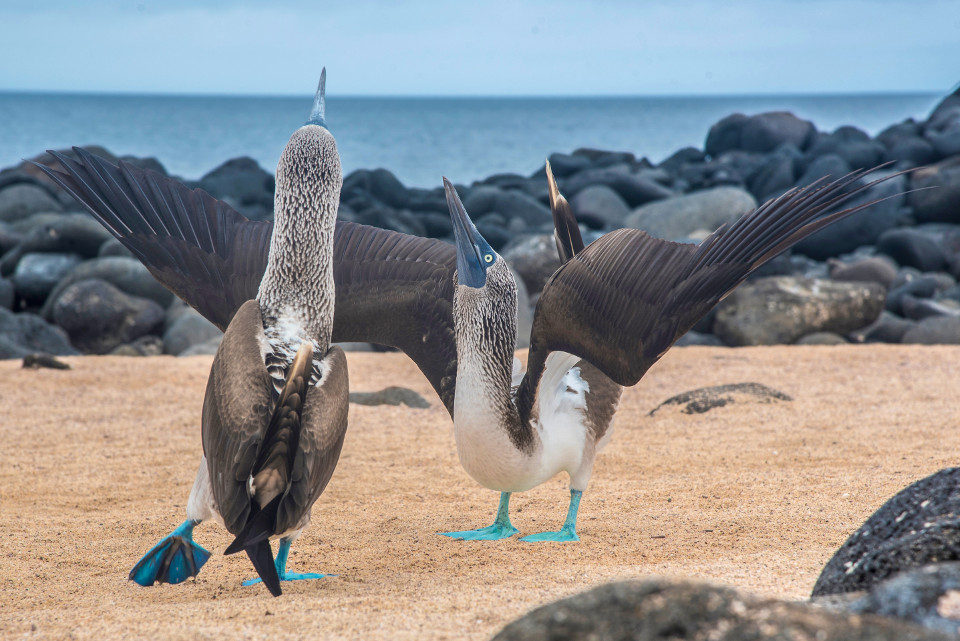 North Seymour Island, visited on Yacht Isabela II’s Galapagos tours, is regarded as one of the best places to see wildlife in the Galapagos archipelago. Even though it’s small in size (especially when compared to the giant, seahorse-shaped island of Isabela), North Seymour never ceases to surprise. If you are considering visiting Isabela or Fernandina, note that these have notably longer trips that may increase the possibilities of dizziness. Navigating through more contained waters, this central itinerary offers some of the best stuff when it comes to experiencing the Galapagos! So read on before you go on and explore North Seymour Island and let your imagination run wild! 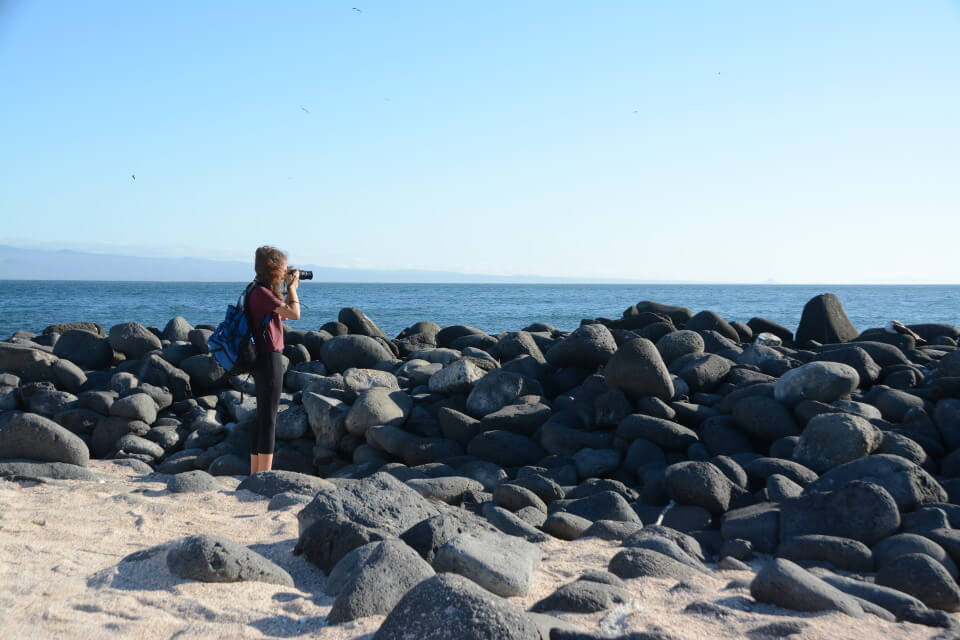 After a wonderful breakfast aboard one of the Galapagos’ most romantic yachts, get ready for your day of exploration. Remember to put on sunscreen and a hat, as the equatorial sun can make for beautiful days but terrible burns for unprotected skin. Put on your hiking shoes, take your camera, and prepare for a dry landing! As soon as you disembark you will find the place teeming with life. The largest colonies of frigate birds – both great and magnificent – and blue-footed boobies will greet you with their impressive flying acrobatics. If you’re lucky, you’ll have the chance to watch as the infamous frigates try to steal their neighbors’ food! Lazy sea lions might also be found along the way, as they like to find flat, even surfaces on which to rest their heads. They’re also sleepy little creatures and will fall asleep practically anywhere. Land iguanas, marine iguanas, and Nazca boobies are also seen on this island. The more animals you see during your Galapagos adventure, the more rewarding it will be, so check out our Galapagos BIG15 and check off the islands’ most iconic species as you go! 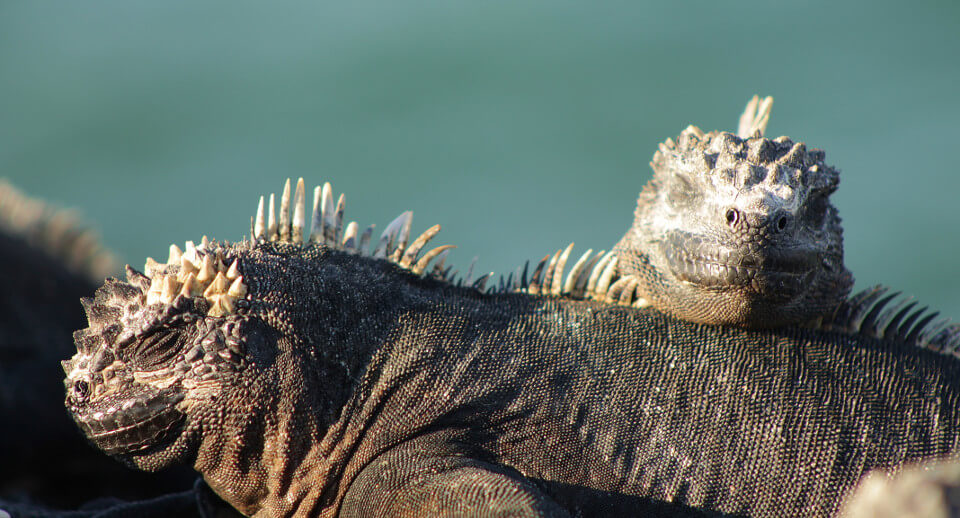 Marine Iguanas basking under the sun

When looking at North Seymour from the neighboring island of Santa Cruz, you will notice an obvious difference in terrain. Santa Cruz’s landscape is uneven, with rolling hills and highlands that allow for an interesting variation in vegetation. North Seymour, on the other hand, is flat and resembles a platform. Unlike Santa Cruz, which is the result of volcanic activity, North Seymour is the result of oceanic uplifting. This means that it was once part of the ocean floor yet breached the surface due to the movement of tectonic plates. The flat terrain became a favorite setting for Galapagos wildlife.

During the courtship and nesting seasons, you will find that North Seymour is one of the best places to see some action. Watch frigate birds inflate their crimson red pouches as males display them towards the skies, hoping to catch the attention of females overhead; or laugh at funny-looking blue-footed boobies as they put their feet on display and dance their way to their female’s heart (females are more attracted to the more turquoise hues, rather than the deep blue ones). Oh, and watch out for nests as you walk along the designated trails! Boobies tend to build their nests along the way, sometimes even directly on the path itself! 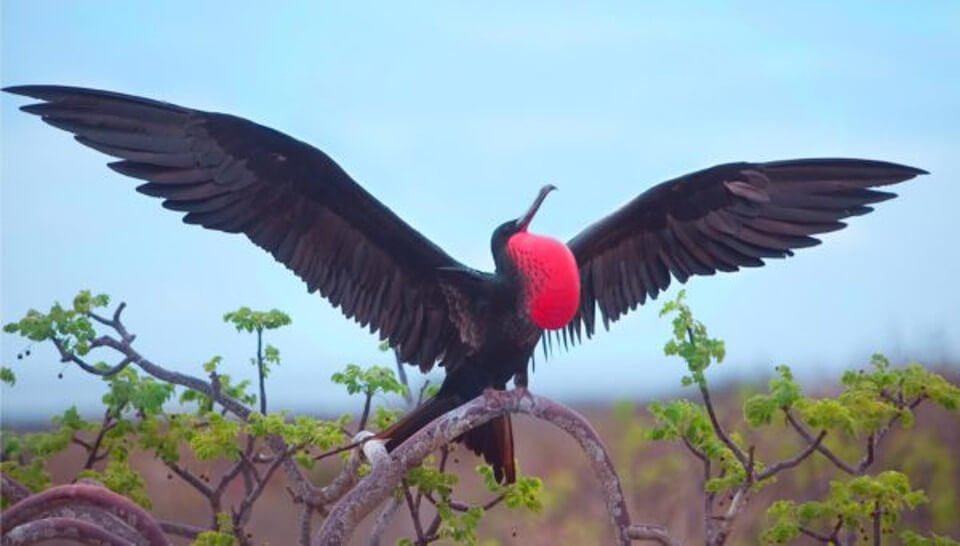