Keystone Species: The Most Important Link in Any Food Chain 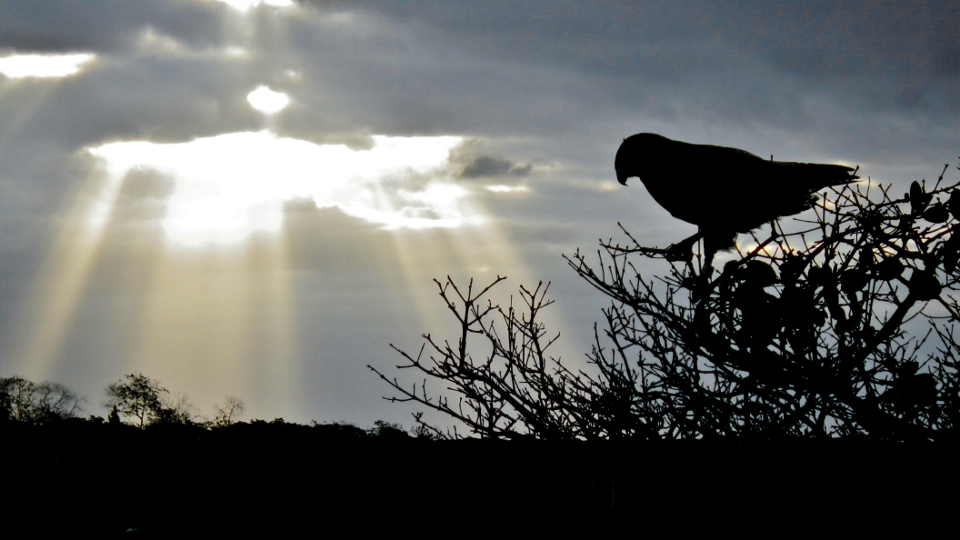 To gain a proper understanding of what a keystone species is you must first think about your favorite food. Got it? Now think about what would happen to you if that food item suddenly went out of existence. Would your whole world come crashing down in a fiery blaze of despair and disappointment? Maybe. But just for a few days, at least. Keystone species are much like our favorite food in this example, except that when a keystone species disappears there are dramatic and permanent consequences to the environment.

The Galapagos Islands provide a living laboratory to examine the interplay between keystone species and their surroundings. Additionally, the remoteness of the Galapagos Islands in Ecuador (nearly 1,000 km from the mainland) is a boon for scientists studying this particular interplay, as the islands aren’t overwhelmingly “species-rich.” As a result, it’s easier to see the repercussions of losing just one species in the archipelago.

Cartoonishly slow and lumbering in their gait, one would rarely think that the Galapagos giant tortoise would manage to make an impact on the environment at their pace. But the truth is that they do, and they do it in the most passive way possible: be it by pooping out the seeds they happen to eat, trampling through certain areas of vegetation or eating up huge batches of plant life on the islands that they inhabit. 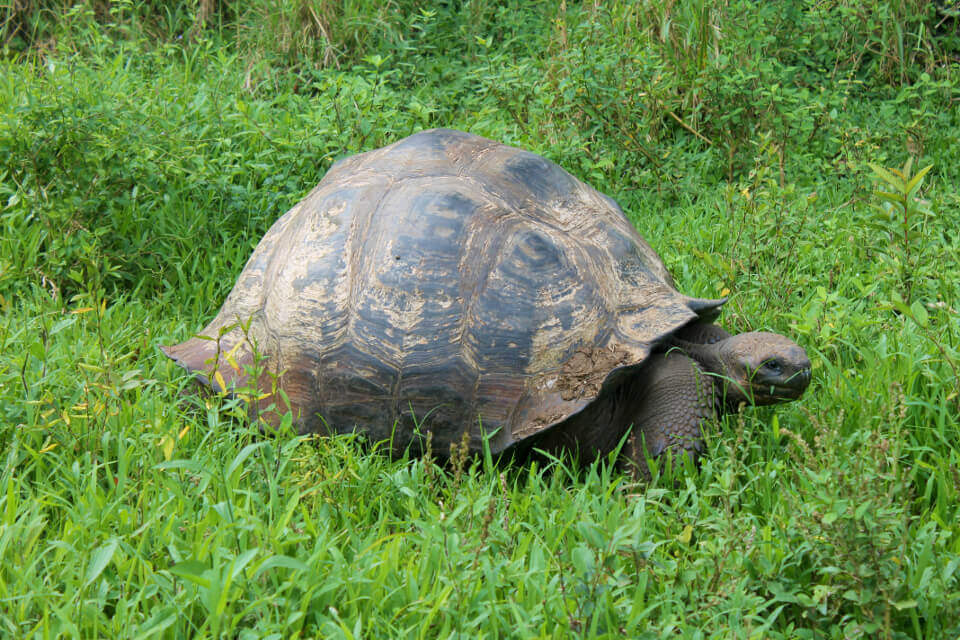 A natural lawnmower, of sorts.

Giant tortoises are the “landscape engineers” of the Galapagos, in a sense: they unknowingly level patches of land and inadvertently open up new areas of the islands for vegetation to grow into. Without their presence, it might just be that a handful of fast-growing plants could actually manage to dominate and foster-in a much less biodiverse ecosystem.

Researchers have found that 500 years ago when there were a greater species and number of tortoises, the vegetation of the Galapagos looked markedly different than the way it looks today. The arrival of man, however, changed everything. Starting in the 16th century, the number of Galapagos tortoises dropped from 250,000 to 14,000 by 1970. This drop in their population inevitably ended up altering/devastating the wetlands that they previously populated, as the tortoises contributed with fertilization and churned up the ground as they walked through. Once the tortoises started dying, entire ecosystems surrounding their presence began dying. As a result, it’s evident that the plants relied on the tortoises (the keystone species) to survive.

Galapagos hawks absolutely love to gobble up lava lizards. And when they’re well off on lava lizards, they won’t hesitate to try and snag a scrumptious red-footed booby or two. The interesting thing about this food triangle becomes apparent when checking out Genovesa Island which, due to its geological characteristics, has only been accessible to species that can either fly or swim. Consequently, there are zero terrestrial species on Genovesa Island. The red-footed booby flourishes here, and why is that? Well, it’s no coincidence that it’s because the Galapagos hawks’ favorite lava lizard is entirely absent. 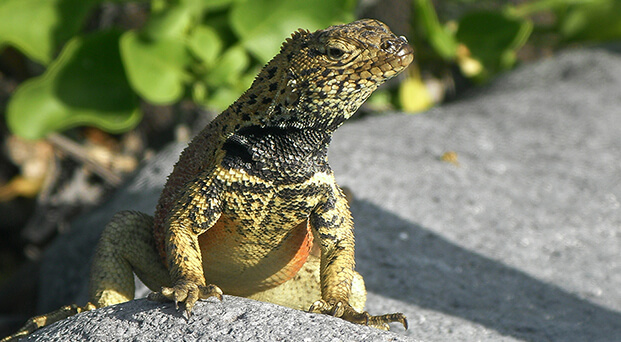 The Lava Lizard is an endemic species of the Galapagos islands

Even more interesting is the fact that, after the Galapagos hawk was killed off by the Islanders on San Cristobal, the red-footed booby gradually started to repopulate the same island. The abundance of lava lizards on the island had previously led to the dominance of the Galapagos hawk on San Cristobal, but the humans drastically interfered with the natural dynamic of this keystone species.

Bonus Fact: Inversely, keystone predators help maintain species populations at their ideal minimum (as opposed to helping maintain the surrounding species at relatively abundant levels). Triggerfish are keystone predators in the subtidal food web. These help control the number of pencil urchins and, in the turn, the abundance of algae. Scientists believe that triggerfish deserve special protection because of the impact they have on ecosystem function – they help maintain a healthy, productive marine ecosystem throughout the Galapagos thanks to their ability to indirectly regulate the rate of removal of algae by pencil urchins.

If you’re interested in learning more about Galapagos history and its species, check out our list of most interesting books about the Islands.