Imps of Darkness or Misunderstood Creatures of Beauty? Getting to Know the Only Marine Iguanas in the World 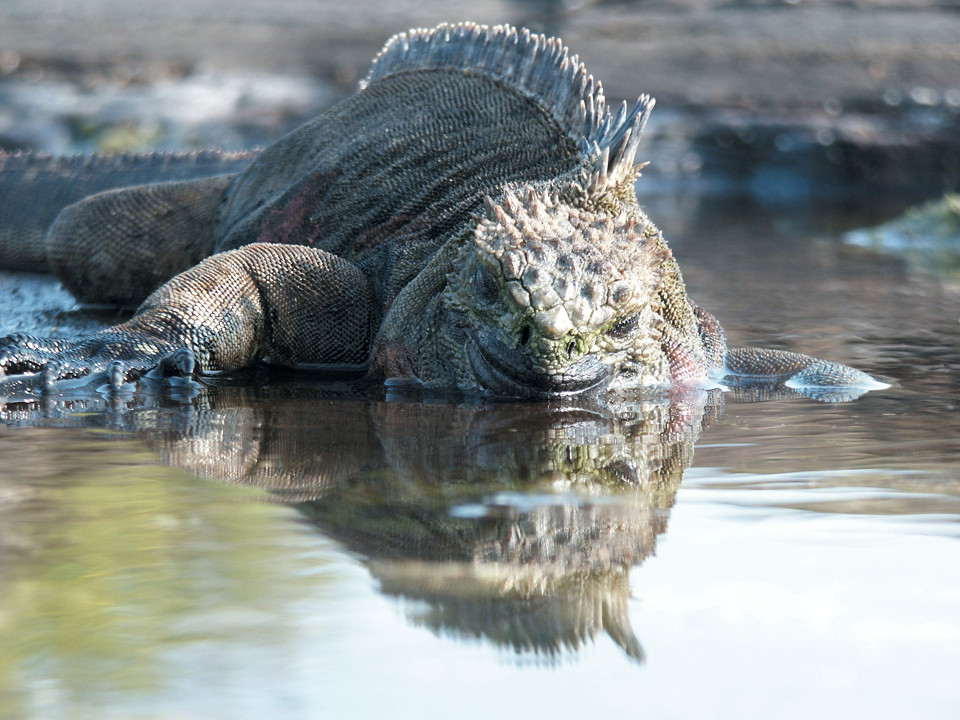 The Only Marine Iguanas in the World

The only Marine Iguanas in the world are beautiful creatures, despite the fact that when Charles Darwin first caught a glimpse of them, he thought them to be quite ugly and immediately described them as “imps of darkness”. Beauty is subjective, but that doesn’t change the fact that these creatures underwent some amazing evolutionary adaptations. How they changed their physiognomy and behaviour to be able to survive in the harsh Galapagos conditions is an incredible example of the resiliency of life! 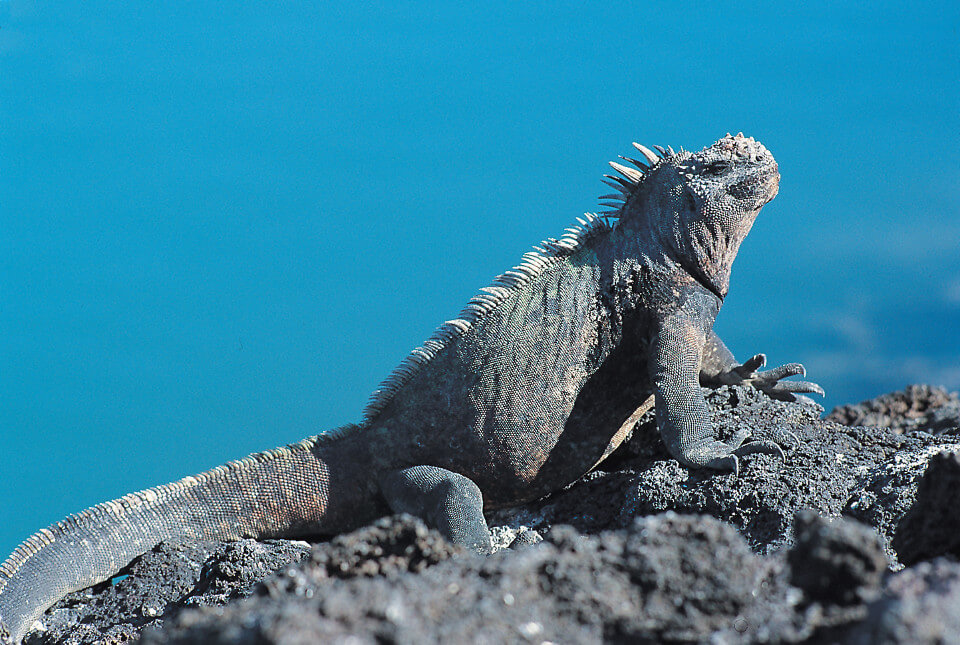 How Did They Get to the Galapagos Islands?

It is generally believed by scientists that both the land iguana and marine iguana evolved from the same species. These first specimens must have probably arrived to the forming archipelago by rafting, atop logs or some sort of floatable object. The marine iguana diverged from its land cousin some 8 million years ago, developing into a species of its own.

The Wonders of Evolution

Apart from their differences in size and colour, marine iguanas all underwent similar changes when adapting to their new environment. For example, they developed specialised cranial exocrine glands, which allows them to expel the excess salt on their bodies as a result of the foraging the do with marine algae. The salt is released through a sort of sneeze that causes the salt to stay incrusted on their faces, giving their faces a lighter colour. You will certainly catch them mid-sneeze at some point, because they have to do it several times a day to get all the excess salt off their system. 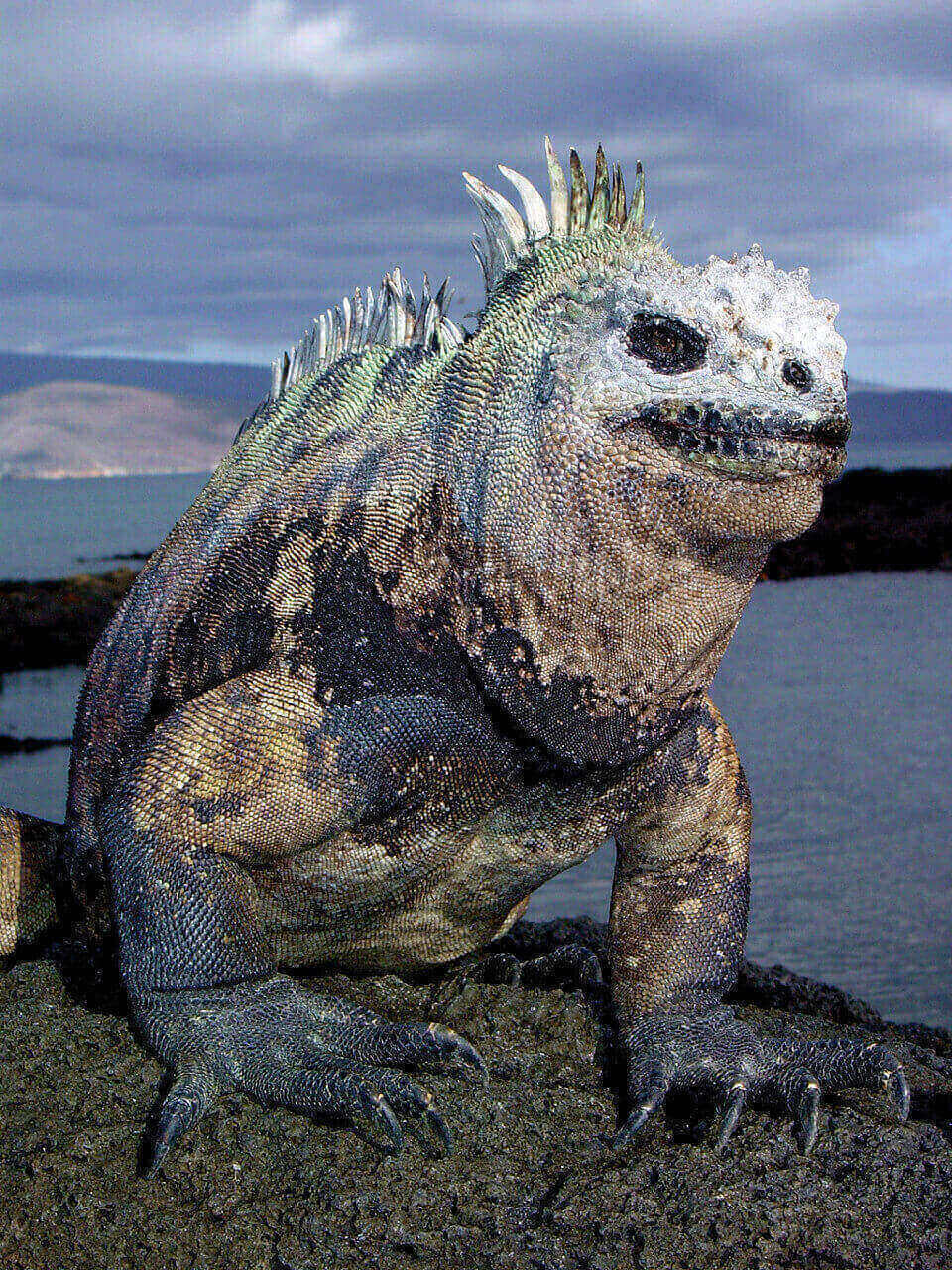 Marine iguana with its white snout

The dark colouring of marine iguanas varies subtly from island to island. Sometimes they are a bit redder (on Española) or greener (on Santiago). Nonetheless, they all share a very dark grey colour that is practically black and allows them to heat their bodies more efficiently after having been in the cold currents.

Don’t be taken aback by their not-pretty-in-a-normal-sort-of-way little faces. These amazing reptiles are friendly herbivores, whose main source of nourishment are algae and seaweed. Aided by their potent and sharp claws, they cling to the sharp lava rocks and use their short snouts to scrape their food off of them.

Their bodies also adapted to become better swimmers. Their tails are flattened on the sides and their front limbs are heavier and more compact, which functions as a counterweight that helps dive. Marine iguanas are able to dive up to 9 metres into the water.

Where Can They Be Seen?

They are generally seen all throughout the archipelago, most commonly on rocky shores, where they can warm themselves faster after being in the comparatively colder water. They are also occasionally found in marshes and mangrove beaches. Through any of the three amazing itineraries aboard the beautiful Yacht Isabela II, you will have many opportunities to see these beautiful imps swimming around, sunbathing or even sneezing. Scratch it right off your Big15 list! You have finally seen the only marine iguanas in the world!