Where are Penguins Found in the Galapagos Islands? 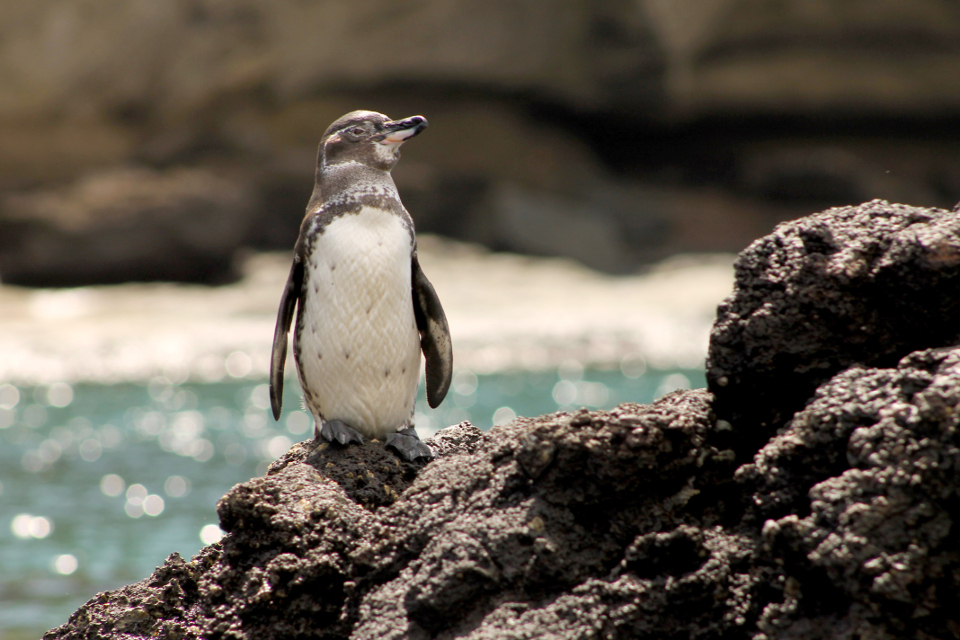 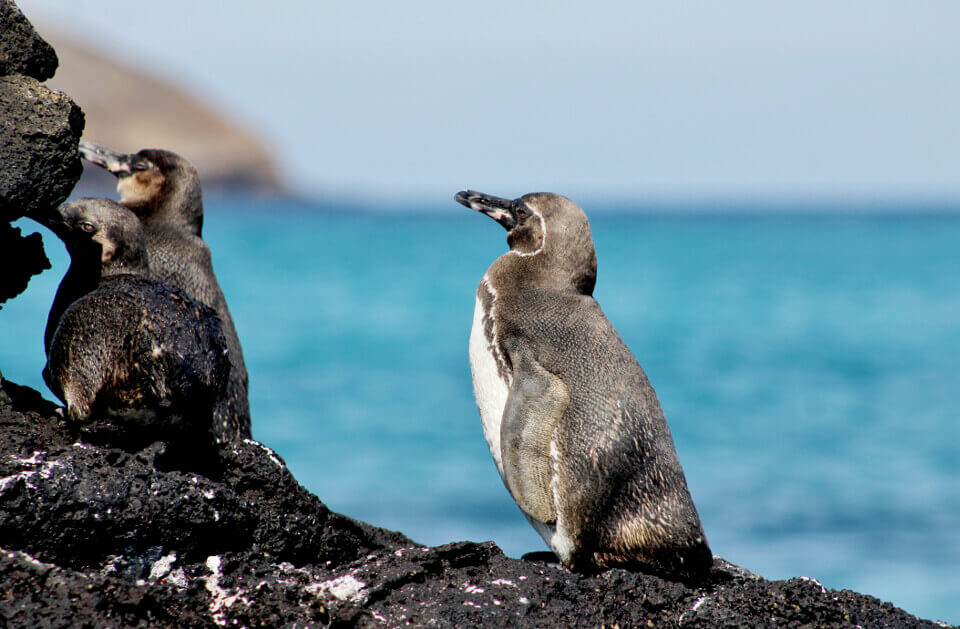 Where are penguins found in the Galapagos?

Galapagos penguins (Spheniscus mendiculus) dot the Galapagos in patches and groups that are often found on the Western side of the archipelago, specifically:

How did they make it this far north?

It’s still not all that clear how exactly these “tropical” penguins managed to arrive this far north. It is believed that they managed to arrive safely onto the shore of Galapagos some 4 million years ago. Genetically, Galapagos penguins are descendants from the Humboldt penguins, which live on the coasts of Chile and Peru.

Their weight tends to average around the 5 lb (2.5 kg) mark, and their height is usually no taller than 19 inches (50 centimetres). You’ll often see them hanging around in crevices and small caves along the coastlines. They’d rather avoid the harsh heat of the Galapagos sun. 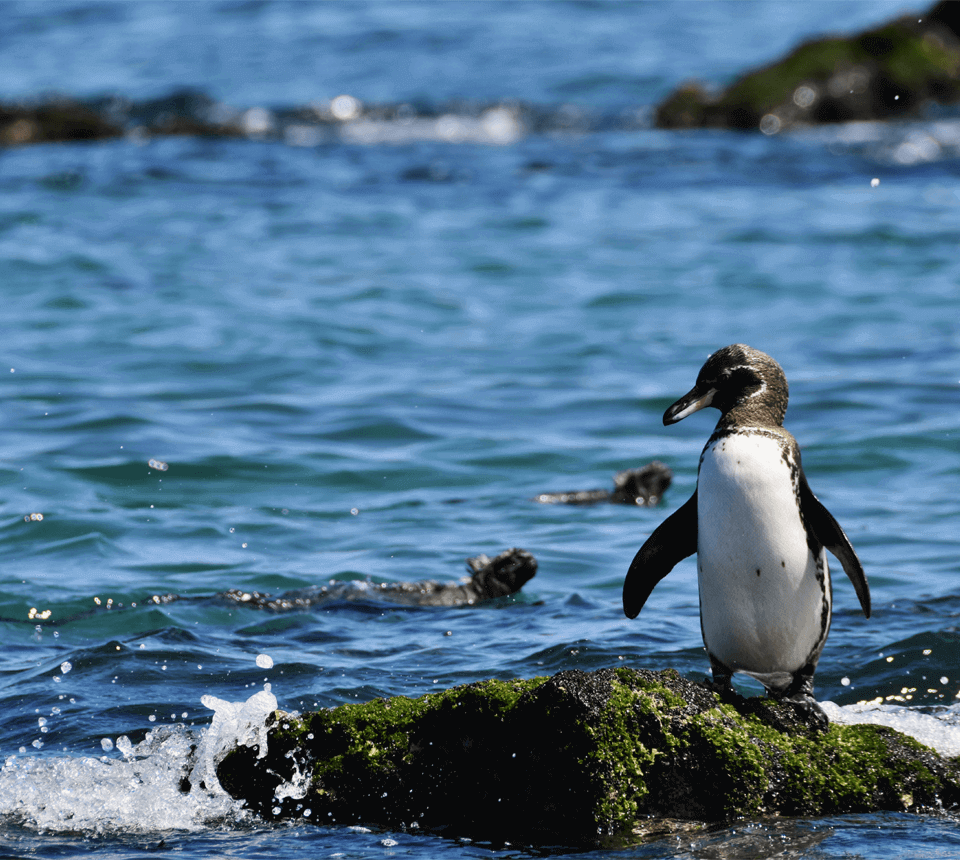 You’ll often see them extending their vestigial wings, not in hopes of flying, but to let their bodies cool off.

They’ll also often use these places as launching points from which they swim around in the cold and nutrient-rich currents of the Galapagos. 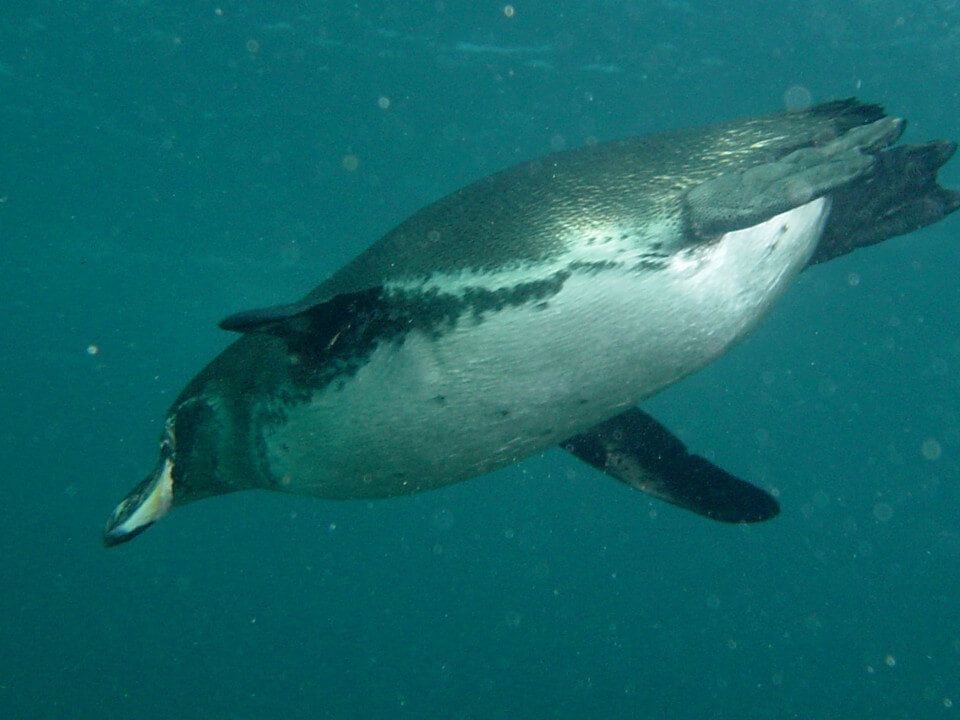 The Humbold Current is the savior of this species, both because it provides cooler temperatures for their bodies and nutrients that help feed their main sources of food.

The threats they currently face at the moment are: Galapagos hawks, owls, snakes and invasive species such as cats and dogs.

How can I experience Galapagos penguins?

Via any of our aforementioned Galapagos itineraries at the beginning of this blog! You’ll be able to spot them during one of our coastal explorations, otherwise known as panga (inflatable dinghy) rides or our numerous snorkelling activities Yacht Isabela II held aboard ! There’s also a slight chance that you’ll get to see them along the rocky coasts during one of your hiking excursions. Or you might even be lucky enough to have them whiz past you while you’re snorkelling underwater!


The current population is less than half of what it was in the early 1970’s, with somewhere between 1,500 and 4,700 individuals. The population of Galapagos penguins has not recovered because of several severe El Niño in the 1980’s/1990’s.

Whatever it is, Galapagos penguins are sure to be one of the cutest highlights of your trip! It’s no wonder they’re a part of our BIG15 list of iconic species in the Galapagos, making them a must see for all those who wish to visit the archipelago! And it’s why they’re a part of all our itineraries!

So why hesitate about missing out?


I want to see Galapagos tortoises!
Please do come and visit- we would love to have you! We have prepared these tours for you