Head’s Up Everybody! It’s Mating Season for Galapagos Fur Seals! 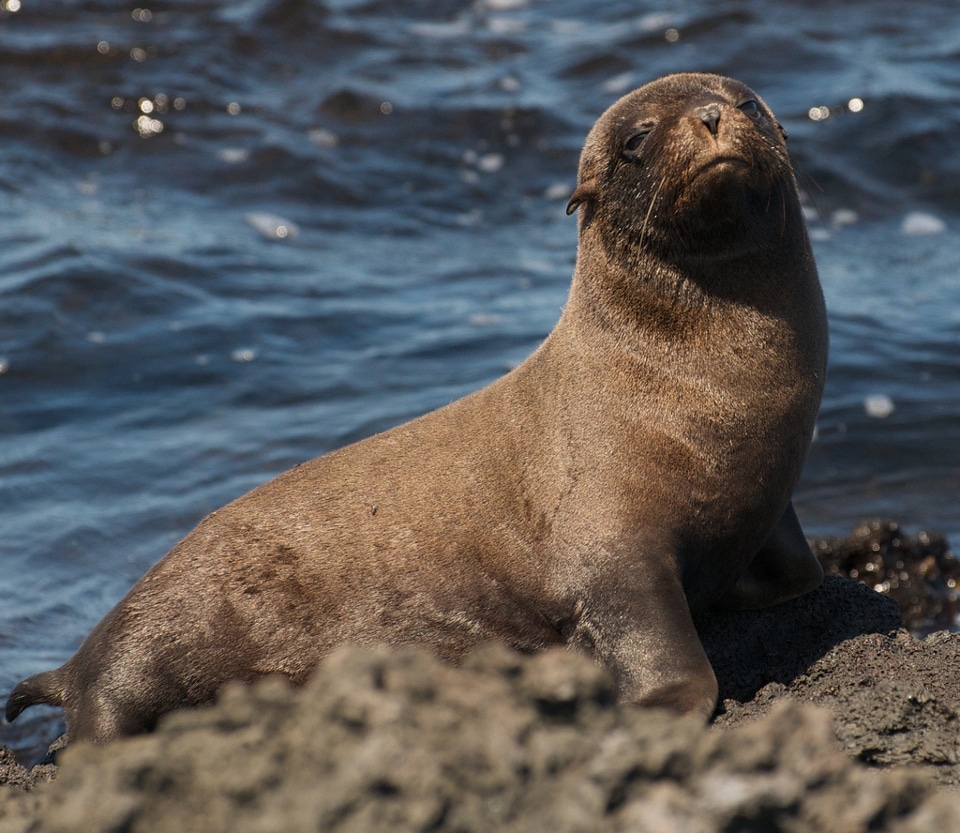 It’s mating season for Galapagos fur seals! That means that you’ll be seeing plenty of cute little fur seal pups hanging around or fur seal mothers gestating on your Galapagos cruise throughout this time of year! What’s to thank for this special occasion? Cooler temperature and a greater amount of nutrients in the water are responsible for creating the ideal conditions for these fur seals to begin giving birth, nursing and/or raising their young. A fun fact: Fur seals in Galapagos are one of the few species of seal that exhibit the longest periods of nursing, sometimes lasting anywhere between one and two years, or sometimes even more! What a life!

Galapagos fur seal mothers are intense parents, too, and will cling to their newborn pups like white on rice. During mating season for Galapagos fur seals, mothers nurse their newborns for an entire first week after giving birth, never splitting up from them. It’s only until after that initial period is over that the mother will finally venture off into the ocean to feed for the first time since giving birth. Making their bond even stronger is the fact that they have unique and exclusive calls that the use to identify one another, almost as a “password” for entry into the sacred relationship. Should any abandoned or orphaned fur seal pup try to approach the pair (typically in hopes of stealing some milk), the mother will often times violently reject them. 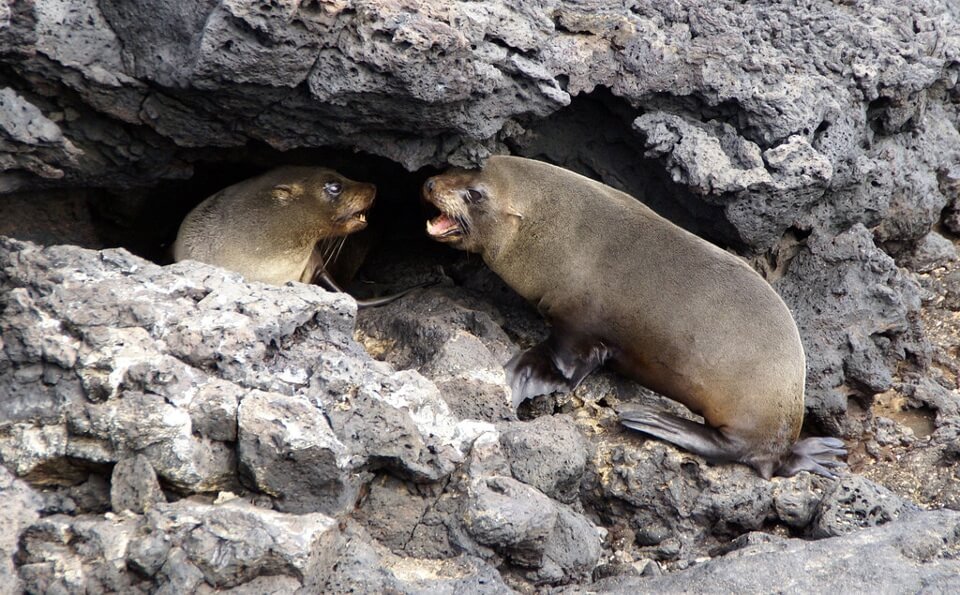 The longer periods of dependency between pup and mother have often been linked to periods of food scarcity. When times are tough, the pairs stick together longer. Lack of food is also another reason for why female Galapagos sea lions don’t usually mate while nursing another pup. In the event that the mother does in fact give birth to a second pup, the chances that this newborn will survive are often times very slim, with starvation and siblicide usually being the cause of their demise.

Mating Season for Galapagos Fur Seals: In Search of the Cute Pups

These cute and fuzzy little creatures often send guests on a delightful photographic-frenzy as they try and get a proper shot of just how adorable they look. This is why it’s not surprising to have guests ask about where they can spot them. It’s also another reason for why they’re a part of our Galapagos BIG15 group of iconic species. 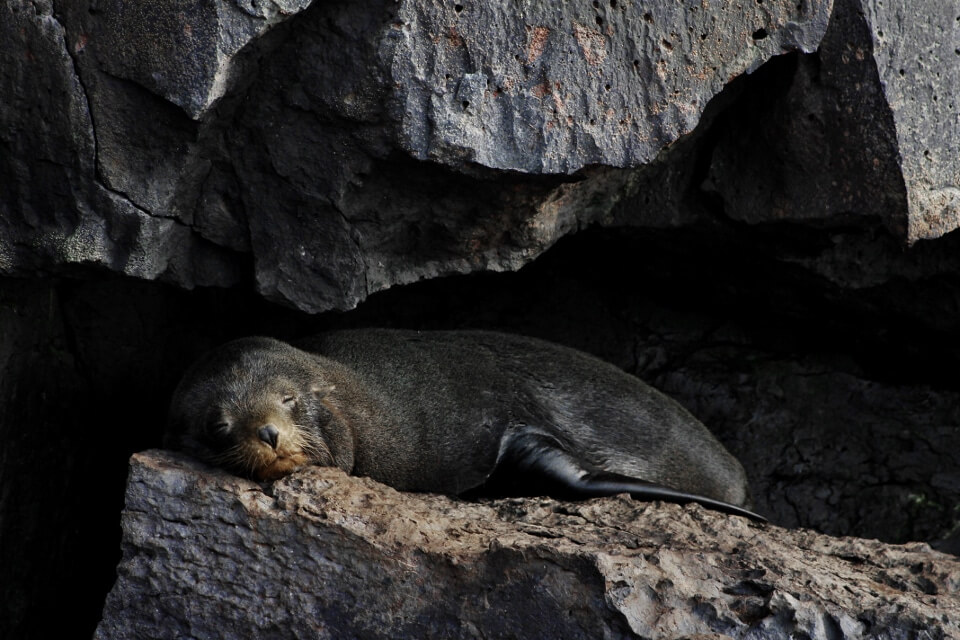 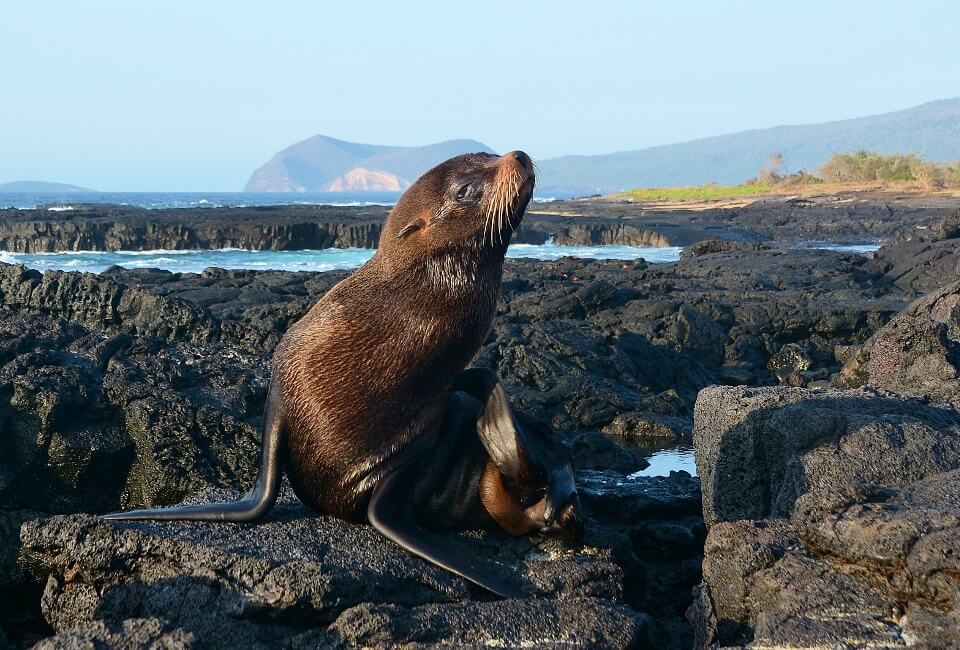 In fact, Galapagos fur seals spend a substantial (70%) part of their time on land when compared to other seal species, these of which usually divide their time equally between land and water. This is why guests should see it as a lucky sign if they do in fact manage to spot a Galapagos fur seal pup in the water, be it during any number of our activities that include snorkeling, kayaking and/or panga rides! It’s all available and possible aboard Yacht Isabela II. So what are you waiting for? Keep your eyes open and suck in the experience of mating season for Galapagos fur seals on our Central and Northern Galapagos itineraries! 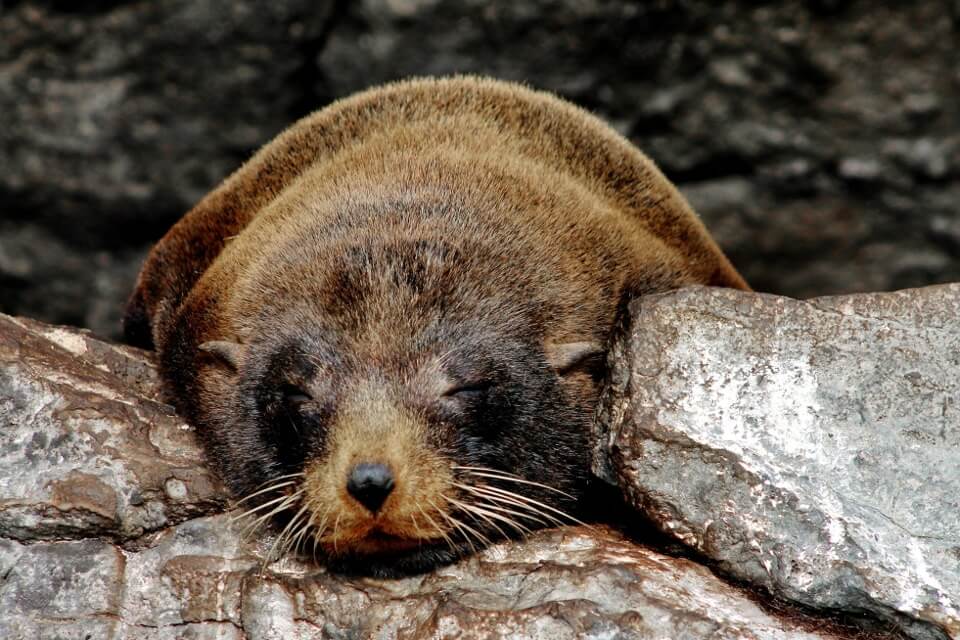