Doldrums in the East Pacific! Discovery of Galapagos (Part II) 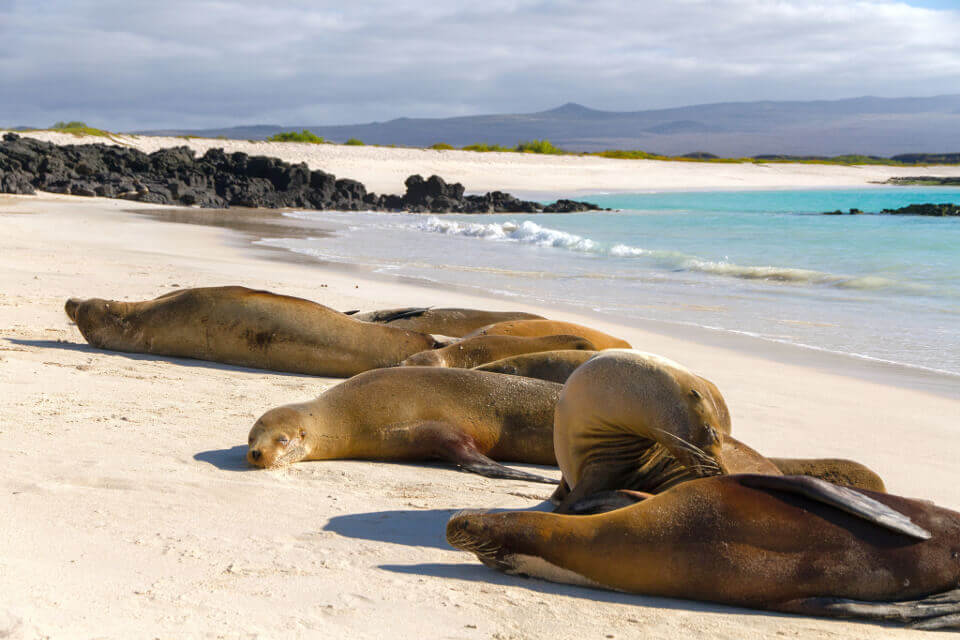 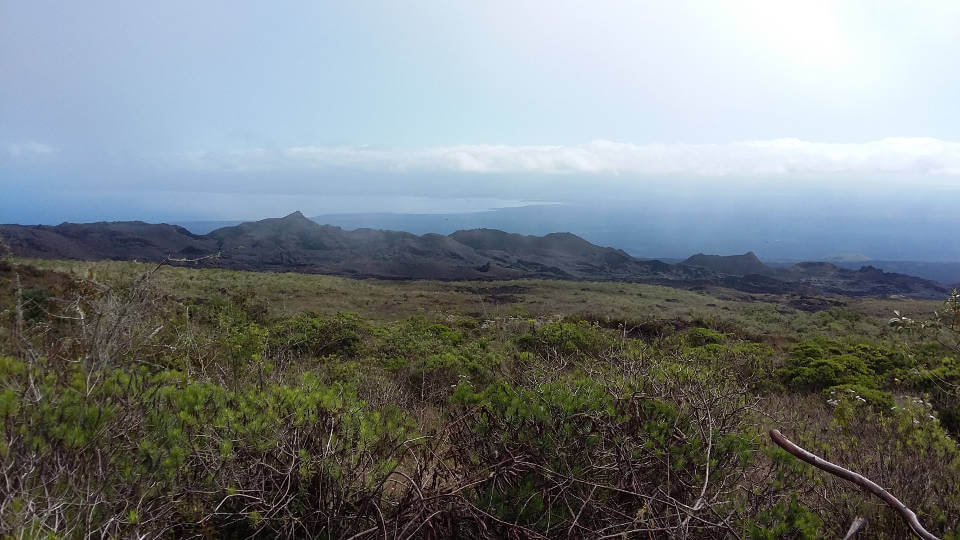 MARCH 2, 1535 – About a week ago, we spoke about the departure of Berlanga’s vessel from Panama and its goal to reach Puerto Viejo in Peru with news from the King of Spain, Carlos V. It’s important to remember that the vessel, the crew, and the overall equipment onboard were never properly geared towards the open seas. Small ships, such as the one Berlanga was sailing on, had very specific and short-term functions: sail along the coast, follow the landscape, and keep land in sight until you reached your designated port.

A Letter on the Accidental Discovery of Galapagos

Berlanga writes in his letter that, after a week of sailing, strong currents managed to engulf the vessel that gradually pulled them into the vastness of the open ocean. Keep in mind that all this happened in early March, and that only mild winds and currents are usually present during this time of year in Galapagos. Given these meteorological patterns, we can only assume that there must have had to have been a series of highly unusual conditions that forced the vessel to end up in mid-ocean so quickly.

It helps to try to put ourselves in the feet of the men aboard that vessel, as these were not sailors nor seamen. These were people who embarked on a coastal trip that should’ve presented very few challenges. The open ocean and the feeling of being lost, as well as the oppressive heat, must have consumed each soul by the hour. Thirst and hunger were also present, and it is very likely that mutiny was considered as a way of changing course. Faith is finite under such circumstances.

Discovery of Galapagos: What did Berlanga see, exactly? 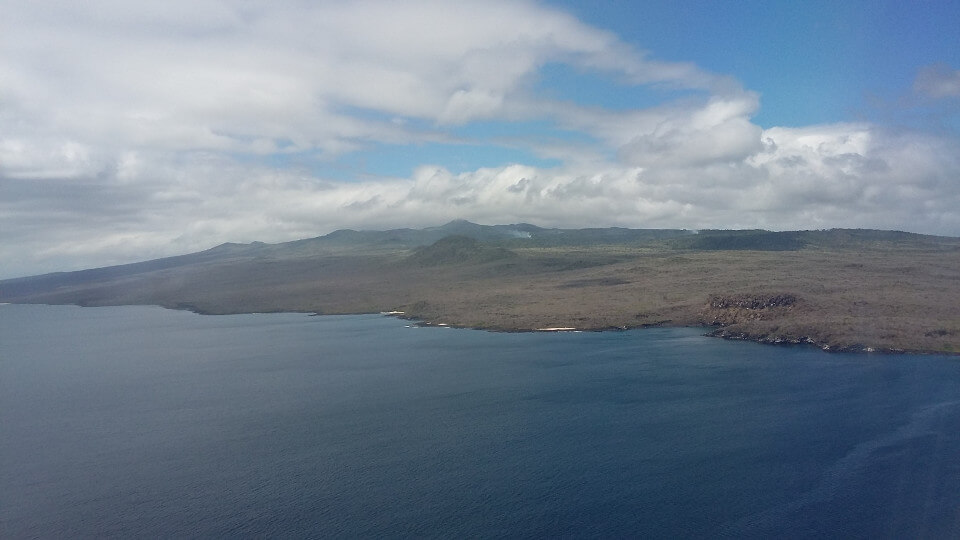 Wonderful landscapes await for you at every corner in the Galapagos islands!

Something else that’s interesting to consider is what side of the Galapagos archipelago Berlanga’s vessel must have been seeing. There is no record, of course, of what islands he saw first (remember: this was the first ever recorded discovery of the Galapagos!), but certain parts of his letter do describe large cordilleras (mountain ranges), which might mean that he either saw Isabela Island from a distance or glimpsed the long silhouettes of San Cristobal’s volcanic features. This is something we will never truly know. Same goes for what island he disembarked at first. Our imagination and speculation can only fly at this point as what island was the first to be encountered during this discovery of Galapagos…

His description in the letter reads as follows: “On another day, we saw another island, larger than the first, and with great sierras; and thinking that, on account of its size and monstrous shape, there could not fail to be rivers and fruits, we went straight to it. The distance around the first one was about four or five leagues and around the other, ten or twelve leagues.”

Who knows what islands he was looking at. The coolest part, however, is that modern-day explorers in Galapagos get to see the exact same shapes of the islands that Berlanga saw, still as pristine as ever – desolate, full of bizarre wildlife, some quite lifeless, yet all as intriguing as ever. Any itinerary throughout the Galapagos Islands aboard Yacht Isabela II will give explorers the chance to feel and experience all of this firsthand!

By this point in their misadventure, Berlanga had taken measurements of the angle of the sun and now had a basic idea of their geographic location. However, no map at hand mentioned any land at their recorded latitude and longitude… 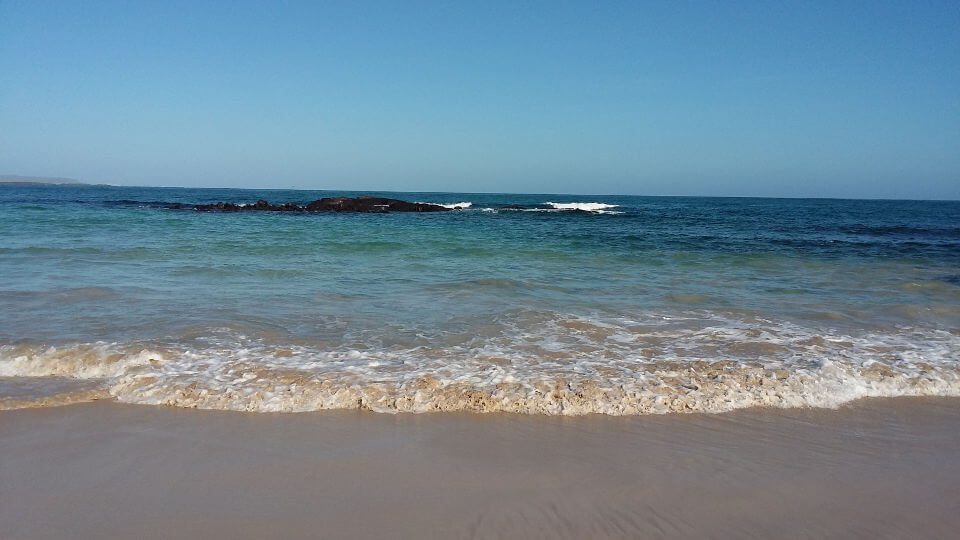 The Galapagos Islands are not only home to some of the most unique species in the world, but they also have among the best beaches.

Stick around for next week’s next and final chapter on the official, but rather odd, discovery of Galapagos! You’ll find out about how Berlanga went ashore on Passion Sunday and, after holding Mass, sent a group of crew members to explore the new land they were on. Their findings were miraculously stunning, to say the least!

Come and see the islands in exactly the same way today aboard Yacht Isabela II…almost 500 years later. That’s the essence of the Galapagos Islands: to stand the test of time!

Other Credits: John Woram (from the book Darwin Slept Here)